Turkish intelligence thwarted an Iranian plan to assassinate an Israeli businessman in the country, according to reports in Turkish media Friday. The intended target, Yair Geller, confirmed the reports. “I know for certain they want to kill me,” Geller said.

Authorities led an operation in recent days to arrest eight suspects in the case, according to the Sabah newspaper and many other media outlets.

The reports say an Iranian spy cell understood of nine operatives, some Iranian and some Turkish, who were sent to kill Yair Geller, an Israeli-Turkish businessman who lives in Istanbul and owns an engineering company specializing in aerospace technology.

The planned hit was to be a retaliation for the killing of Iranian nuclear chief Mohsen Fakhrizadeh in 2020, widely attributed to Israel’s Mossad, the reports said, as well as a means to hinder warming relations between Ankara and Jerusalem.

The reports say the hit squad followed Geller to his home and workplace and was planning to use Turkish citizens to carry out the assassination.

Unbeknownst to the spies, they were being watched themselves, by Turkish agents. Once these determined that assassination preparations were underway, they shared the information with Mossad. 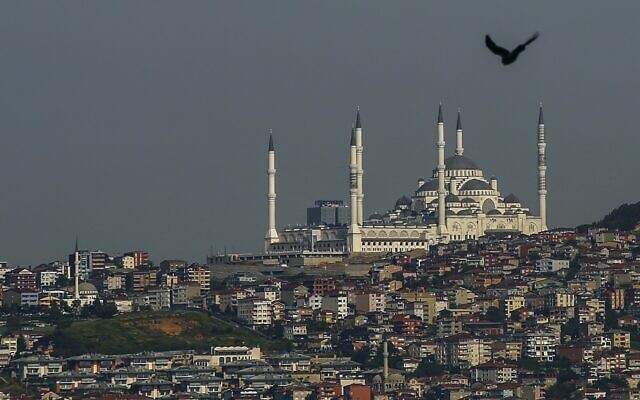 A general view of the Camlica Mosque, the largest mosque in Asia Minor, in Istanbul, Turkey, on Saturday, April 28, 2018. (AP Photo/Emrah Gurel)

Geller was then transferred to a safe house, with Mossad actively aiding in his protection, the report said. He was invited to move to Israel for safety but declined.

Meanwhile, eight cell members were arrested by Turkish police. The leader of the cell in Turkey was identified as Iranian Moshtagh Bighouz. A ninth person, the squad’s leader in Iran, was named as Iranian intelligence officer Yasin Taheremamkendi.

The suspects have been charged with plotting to commit a crime. 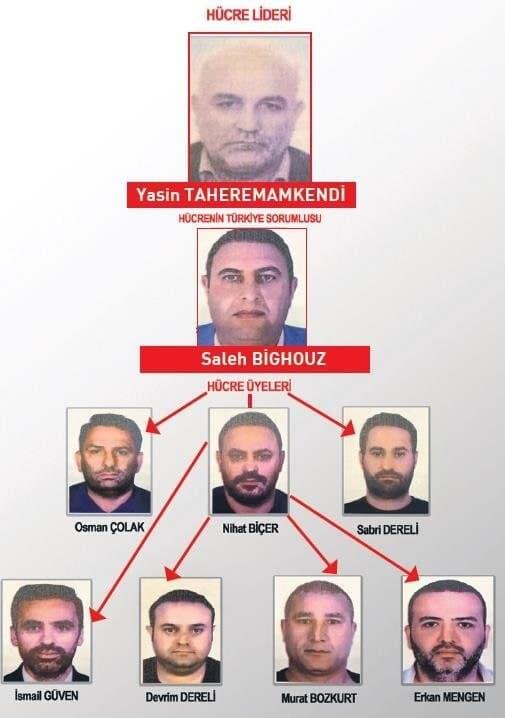 Photos of the alleged hit squad sent to assassinate an Israeli businessman in Turkey, as published in Turkish media, on February 11, 2022 (Courtesy)

Speaking to the Walla news site, Geller confirmed that he had been warned of the plot by Turkish authorities four months ago.

“Since it happened I’ve been very careful,” he said, while adding he felt safe in Turkey.

“They’ve arrested most of the cell members. If only I felt as safe and as well-treated in Israel as I’ve felt here.”

In a separate interview with Channel 13 news, Geller said he did not know why he was targeted.

“I cannot speak freely and I know for certain they want to kill me,” he said. “If I go into detail on the matter, I could cause significant damage to the country, but it’s completely true.” 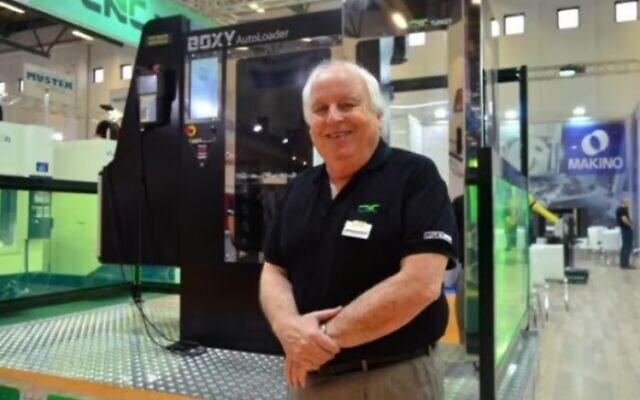 The reports are the latest alleged attempt by Iran to assassinate an Israeli businessman abroad.

Israel said the cell had been sent by Iran to assassinate billionaire Teddy Sagi, and possibly others.

Among those charged was Orkhan Asadov, a 38-year-old Azerbaijani national. He and three Pakistanis indicted in the case were accused of plotting to visit Cyprus to commit acts of terror.

All but one of the suspects allegedly planned to kill five Israelis who live in Cyprus, according to the Politis daily.

News of the alleged attack plans broke in early October after Asadov was arrested on suspicion of planning an attack against Israelis. Asadov reportedly was in possession of a gun and silencer when he was arrested.

The Climate Crisis and Responsible Journalism

As The Times of Israel’s environment reporter, I try to convey the facts and science behind climate change and environmental degradation, to explain – and critique – the official policies affecting our future, and to describe Israeli technologies that can form part of the solution.

I am passionate about the natural world and disheartened by the dismal lack of awareness to environmental issues shown by most of the public and politicians in Israel.

I’m proud to be doing my part to keep Times of Israel readers properly informed about this vital subject – which can and does effect policy change.

Your support, through membership in The Times of Israel Community, enables us to continue our important work. Would you join our Community today?

Join the Times of Israel Community Join Our Community Already a member? Sign in to stop seeing this

You’re serious. We appreciate that!

That’s why we come to work every day – to provide discerning readers like you with must-read coverage of Israel and the Jewish world.

For as little as $6 a month you can help support our quality journalism while enjoying The Times of Israel AD-FREEas well as accessing exclusive content available only to Times of Israel Community members.