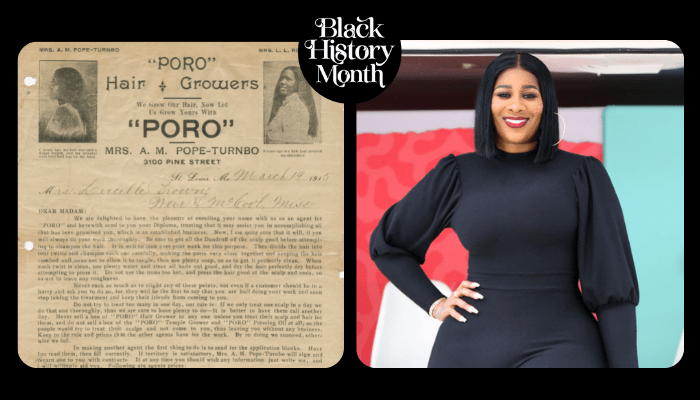 Beauty is a billion-dollar industry, and with Black dollars at stake, these ladies are cashing in big time.

It’s ingrained in our culture. Annie Turnbo Malone is widely regarded as the first Black beauty entrepreneur and one of the first Black millionaires. In 1902, she opened her first store to sell Poro Skin and Hair. She created a line of hair and skin products in the early 20th century, including cold cream, lipstick and face powders in various shades such as Poro Brown, White and browns in multiple hues.

Anthony Overton is another black manufacturer who made a foray into Black beauty. He established Hygienic Manufacturing Company in 1898 and began by producing baking power, extracts and toilet preparations to be sold in grocery stores. However, after moving his company from Kansas to Chicago, he began to develop a full line of cosmetics and perfumes under the High-Brown Products label. He is credited with becoming the first company to design and manufacture complexion products specifically for Black people.

In 1918, Nile Queen is introduced into the marketplace by Kashmir Chemical Co. However, the product was short-lived due to a lawsuit from Proctor & Gamble because the name Kashmir was similar to one of P&G’s product lines at the time. Kashmir eventually won the case but dissolved in 1926 due to financial strain.

Still, these companies paved the way for some of the top girl bosses of our time. 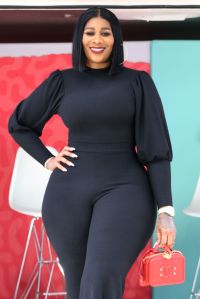 Reynell Stewart, better known as Wuzzam Supa or Supa Cent, is the creative force behind Crayon Case, a line of makeup designed to mimic school supplies. The New Orleans native is best known for recording record-breaking sales on Cyber ​​Monday in 2018 during her 60% off sale. She sold $1 million worth of products within one hour. She has since beaten her record and now is ally respected within the beauty community.

“The secret sauce is engaging with your followers,” she told BET. “I engage with all my fans, I engage with everyone. Whoever comes to my page, I engage with them! I promote a lot and I’m involved with the people that spend money with me!” The best marketer wins.

That’s the code Ming Lee lives and dies by. Selling hair was intended to be her side hustle. She never thought it would grow into this massive movement. Now, under the Snob Life branding, this around the way girl from Detroit not only owns her hair salon, SnobLife Studio, in Atlanta, Georgia, she also sells makeup and still sells hair.

She spoke to Kontrol Magazine in 2018, saying she wishes she had a mentor when she first started out but offers these three key pieces of advice to any entrepreneur:

1. You cannot please everyone.

2. It is important to hire a good team. No matter how good you think you are at doing something, you should hire out if you are not an expert in that field.

3. The best marketer wins. Make sure that your marketing is second to none! 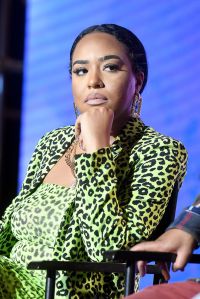 B. Simone does it all. From comedian to author to beauty entrepreneur, she is a force to be reckoned with. Hailing from Dallas, Texas, B. Simone started doing hair before she moved to Atlanta, Georgia.

Soon afterward, she developed her beauty line, B. Simone Beauty. On the David Never Sleeps podcast, she told the hosts she got the idea after a picture of her lips went viral. She then took a trip to China, where she visited a factory and began the creation of her lip gloss. She said it took a year and a half before the formula was exactly how she liked it. Now her line boasts a wide array of lip glosses and lashes.

With the power of influencing culture, these ladies can connect across multiple streams of interests among groups of people. The power of the people is what led them to their successes, and it’s what will carry them on the wave toward notoriety in the future for generations to come.

See Also: 5 Times B. Simone Showed Us How To Boss Up

See Also: Karen Civil Is Using Her Platform To Empower Women And Creatives

Social Copy For Creative Services: Black beauty is a booming billion dollar industry. With contributions from girl bosses such as Supa Cent, Ming Lee and B. Simone, the future of the beauty industry within our community is in good hands.