So you want to know about Lost Ark servers? They say the most stressful decision in any MMO game is deciding which character class to pick first, but really it’s choosing which server to jump into. This is especially important when you’re planning to play a game with friends – you’ll want to make sure you’re all playing on the same server.

So while you may already know which Lost Ark class you want to try out first, you’ll need to nail your server choice. If you are playing with friends, it might be worth sharing the server list with them so you can have a conversation about it. Note that North America is split into two region groupings, and the east coast possesses more server options than the west coast. Europe has the largest selection of servers, and there are a couple of South American server options as well.

We’ve put together this guide so you can see what the current server list is, how to check your server’s status, as well as other commonly asked questions such as whether you can change a character’s server and which content can be played across servers. Enjoy!

Here is the complete list of Lost Ark servers available:

Cannot create a character in Lost Ark? In anticipation of the Lost Ark free-to-play release time today, developer Smilegate is has locked servers and stopped character creation for new players ones with long tails.

new players will not be able to create characters on the following locked servers from 09:45 UTC on February 10: 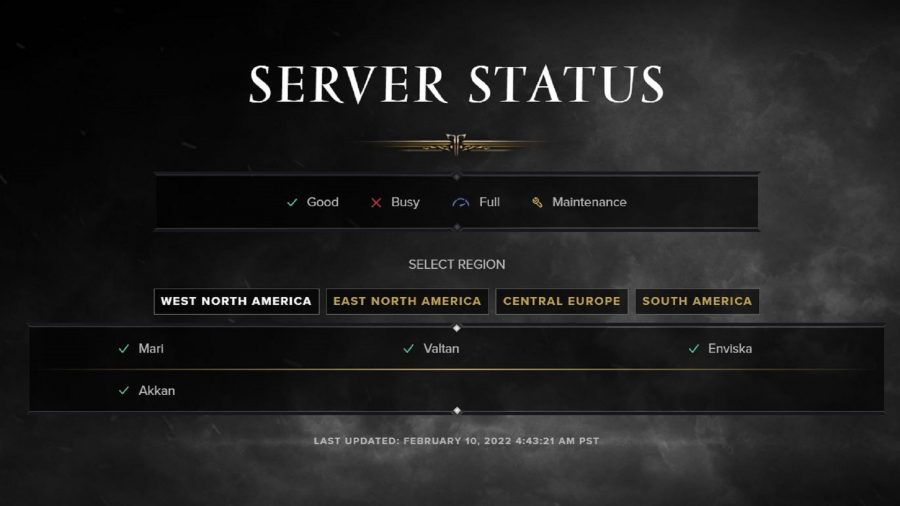 Currently, server resets occur at 1am server time. If you want to check the status of your server, you can go to the official Lost Ark server status page, which will tell you if servers are fine, busy, completely full, or undergoing maintenance.

Can you change servers in Lost Ark?

At the time of writing, you can’t move characters from one server to another in Lost Ark. While each character you create on your account can be tied to its own choice of server, once that choice has been made it cannot be undone. 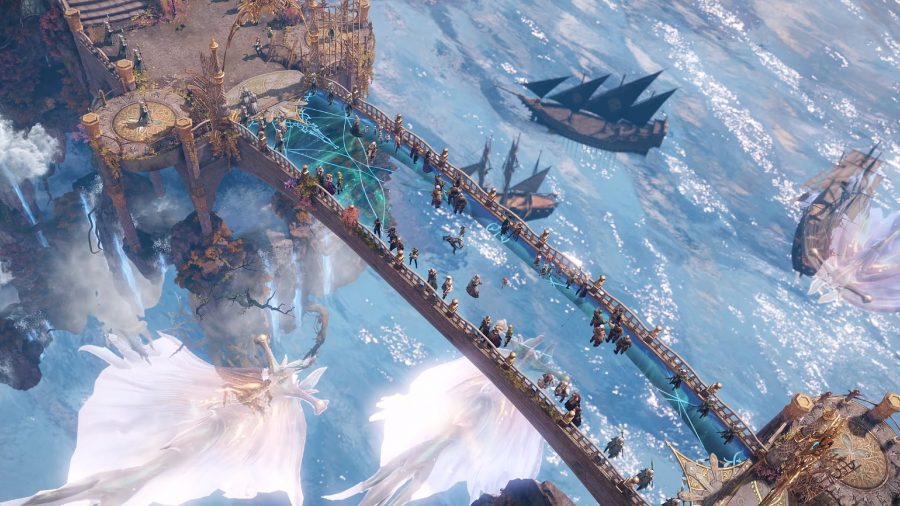 As a general rule of thumb, you can’t play with friends or other players on different servers to you. That being said, the game does have some cross-server functionality, provided the other server is in the same region as the one your character is located on.

According to the official Lost Ark forums, you can do the following with players on other servers:

There are a bunch of resources that are also tied to an account, and not to a specific character or server. Lost Ark gold is one of them, and Lost Ark Power Pass tokens are also account specific. The other cross-server resources include:

Meanwhile general open world play, islands, strongholds and things like Life Skills are locked to the server your character is on. Your friends list is also server specific, but there is something called ‘Groupfinder’ you can use to set up pre-made parties so you can do instanced raids and dungeons with friends on other servers.

That’s everything you need to know about Lost Ark servers. The Lost Ark free-to-play release date is coming up soon, so you might want to start thinking about which one to join right away, although it will largely depend on what the Lost Ark server queues end up looking like.