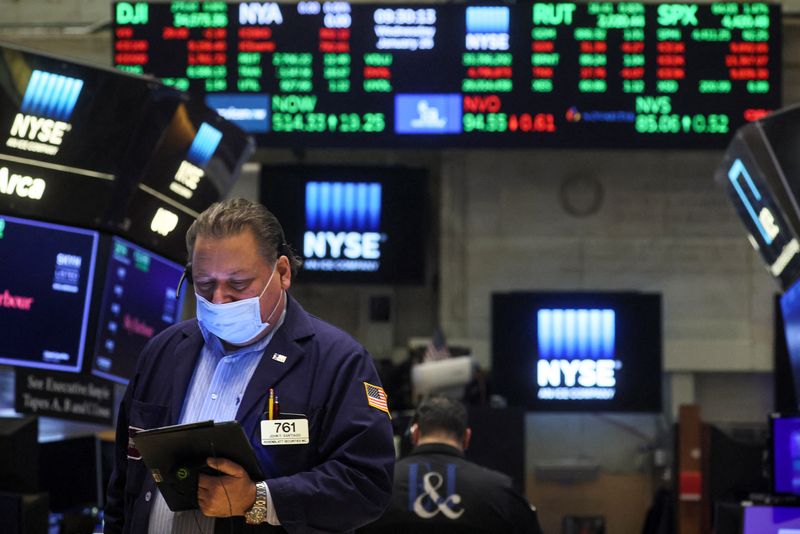 Investing.com – – The S&P 500 moved off the lows Friday, but remained under pressure after US National Security Jake Sullivan poured cold water on a report that Russian President Vladimir Putin gave the go-ahead to military officials to invade Ukraine, though he reiterated that an invasion could occur at any time.

Sullivan told reporters on Friday that the US is not claiming that Putin has made a final decision to invade Ukraine.

The national security advisor, however, emphasized the elevated threat of a Ukraine invasion that could begin “any day now,” as Russia had all the forces at the border that it needs to conduct a major military action.

An earlier report from PBS suggested that the Russian president had instructed his military to move ahead with the Ukraine invasion.

The US believes Putin has decided to invade Ukraine and communicated those plans to the Russian military, PBS reported Friday. Two administration officials were said to expect the invasion to begin next week.

The report of a decision from Putin arrived just after US Secretary of State Antony Blinken said that Russia had beefed up its forces at the border with Ukraine and could launch an invasion at any time.

Investors opted for safety, piling into US bonds pushing yields lower, with the US 10-year yield retreating below 2%.

Disclaimer: Fusion Media would like to remind you that the data contained in this website is not necessarily real-time nor accurate. All CFDs (stocks, indexes, futures) and Forex prices are not provided by exchanges but rather by market makers, and so prices may not be accurate and may differ from the actual market price, meaning prices are indicative and not appropriate for trading purposes. Therefore Fusion Media doesn`t bear any responsibility for any trading losses you might incur as a result of using this data.

Fusion Media or anyone involved with Fusion Media will not accept any liability for loss or damage as a result of reliance on the information including data, quotes, charts and buy/sell signals contained within this website. Please be fully informed regarding the risks and costs associated with trading the financial markets, it is one of the riskiest investment forms possible.