Bobby Deol’s rebirth as an OTT actor is a far cry from the chocolate boy image the actor had till a few years ago. The edges are sharper, the claws are out and he has embraced gray with a vengeance. The actor is all set to play perhaps one of his darkest characters, Dagar, in Love Hostel. The actor, who is “really excited” about playing the character on screen, said it is not the kind of role “Bobby Deol would have gotten before.”

“I was like, ‘Wow, I’m getting an opportunity to play a character which is so different from anything I have been offered.’ As an actor, I’m trying to do different kinds of characters, which are mostly the kind of things which Bobby would never get offered,” Bobby told indianexpress.com. When asked about his process of becoming a character, Bobby called himself a “very spontaneous” actor who gets into the skin of the character with the help of the script. “I keep reading my script, my lines, and I just start feeling them. And once you get the feel of what those lines mean, you start playing around with them. You just start living it. I think that’s how I approach my work,” the actor said. He says Dagar was “not an easy character to play” but he doesn’t take performance pressure, as he is spontaneous, likes to feel the character and “just go out there and enact it.”

In one of his Instagram posts, he described Dagar as someone who turns a fairytale into a nightmare. But hasn’t Bobby seen both extremes as an actor? “I think for every actor, every day is a fairytale as well as a nightmare. You have no idea how your career moves, which is why the future in this field is always uncertain. So, actors are always on their toes. They’re always trying to do their best,” Bobby explains. He adds that no actor has ever take on a project to do “rubbish or mediocre stuff”, but they have to sign or choose from what is offered to them. “Opportunities don’t come that easy. So, they try to do their best with whatever opportunities come their way, and I think that is a life of an actor. I am just glad that things have worked for me and people are appreciating me. I’ve never ever been nominated or received an award before. Getting nominated for awards is such a confidence booster. It gives you an affirmation that ‘yes, people do believe in me as an actor.’ I was nominated for Class of 83 and Ashram in the same year. My aim in life is to be acknowledged as an actor because that’s the only thing I live for,” the actor says.

In his career of almost three decades, Bobby has featured in several films. While some scored gold at the box office, many tanked miserably. When asked if he would like to change anything about his journey, he says, “I think every individual wants to change a lot in their journey. I come from a very sheltered environment and I think I took time to grow up in the sense of learning from the surroundings and taking informed decisions and making smart choices. But I have always tried to be focused. But it’s just that you don’t understand what focus really means until you lose out on so much. And when you do, you realize the importance of working hard every day.” 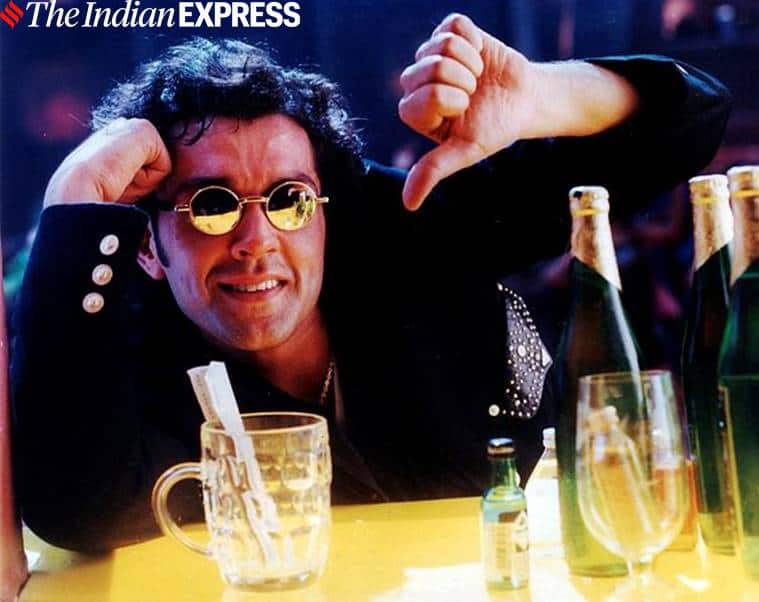 In his career, Bobby Deol had his share of hits and flops. (Photo: Express Archive)

As we continued to chat about his career, Bobby Deol says that he is extremely happy about how people are accepting his new avatar and have termed his “second innings” as “Bobby 2.0.”

“I’m happy that people are ending my second innings as Bobby 2.0, which is nice to know because I feel like ‘Okay, they finally realize that Bobby is geared up and he’s out there.’ It makes me feel nice as it feels they want to see me more,” he says, also crediting OTT for this change in audience’s perception.

“Thanks to the OTT platform, a lot of actors are getting opportunities to showcase themselves. Not just me but a lot of other awesome actors out there are doing such great incredible work. People are just going gaga over their work. I worked in Class of 83 with these young, talented boys. They were so good at their work. I worked in Ashram with an amazing cast. And now in Love Hostel, I am sharing the screen space with Vikrant Massey and Sanya Malhotra, who are amazing and so natural. They look their part. So, it’s just a lovely period for the actors around as they get to do different kinds of work,” he says, adding that his last name has never guaranteed a smooth career, not even after his return to films post a break. The actor says he “didn’t have a choice” when he comes to being the “son of the legendary Dharmendra and brother of another legendary actor Sunny Deol”. However, he asks if it was so easy to make it big in the industry, he would “have never run out of work.”

“It has been a battle to get work again. By now, the whole world has realized that even though I come from a filmy background, I had to work hard to get good work. So, I am working hard, trying to get good work and proving myself with my talent. And I hope that my work will speak for me,” he said, acknowledging that he is “blessed” to be the son of Dharmendra and brother of Sunny Deol. We were keen to know if he happens to discuss work at home, to which he replied, “I don’t discuss anything of my work with them and they don’t discuss theirs. We just do what we want to do. We don’t influence each other as to what we should do or not do because each individual is a different person and we have our thought process or opinion. For instance, we may watch the same movie and not like it because we look at it differently.”

Talking about the one advice from Dharmendra and Sunny Deol that he follows is to “never give up and just be positive.”

“It is also something I tell to everyone younger than me. I tell them that you have to be prepared and ready for everything in this industry. Anyone can come knocking on your door for work but if you’re not prepared, you won’t get it,” Bobby shared. He also opened up on how his house is as normal as anyone else’s. “My house is like a normal house. Exactly like yours, maybe. We say silly things, we say emotional things, we laugh and we cry together. It’s no different.” Before wrapping up the conversation, we asked Bobby for an update on Apne 2. “It is still in process. So once the script gets ready, we start the project. I am excited to work with my family and with my nephew. So looking forward to that,” Bobby revealed.

And before bidding goodbye to us, he shared a piece of advice for the next Deol generation, “You learn from your mistakes, so keep making as many as you can.”