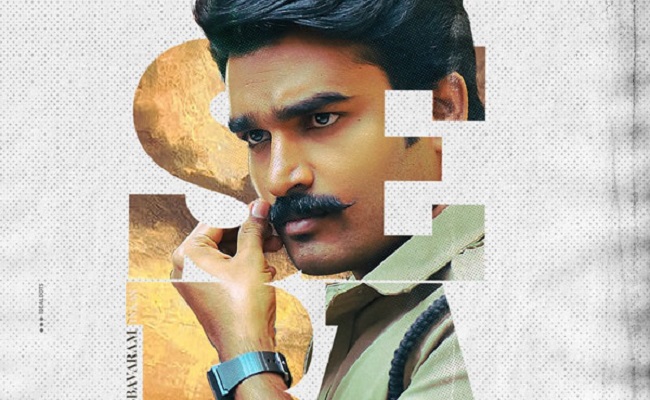 Kiran Abbavaram has successfully managed to create a mark of his own in a short span. After the commercial success of ‘SR Kalyanamandapam’, the young and talented actor has become busy. His third film “Sebastian PC 524” has made all the noise.

Let’s find out its merits and demerits.

Story:
Set in Madanapalle in Andhra Pradesh, the story is about a police constable named Sebastian (Kiran Abbavaram), who has been suffering from night blindness since his childhood. Not revealing this information to his bosses, he serves his duty as a constable.

Much against his wish, he is asked to keep the vigil of the police station for a night. On the same night, a housewife Neelima (Komalee Prasad) is found dead in her house. Her father-in-law, her former boyfriend, and Sebastian’s girlfriend are suspects.

Can Sebastian crack the case despite his night blindness?

Artists’ Performances:
Kiran Abbavaram has already proven his acting talents. The boy-next-door appearance and his ease in acting have been his strengths. He has played the role of a constable convincingly. But in the latter portion, he goes for ‘mass elevations’, which have not gelled well with the theme. He gets the Madanapalle slang perfectly.

Srikanth Iyengar is good in his role of an SI, while Rohini plays the typical mother’s character. Both female lead actors – Komalee and Nuveksha get a raw deal.

Technical Excellence:
All technicians have put in an average effort. The songs are not at all striking. The cinematography is adequate. So is the production design.

Drawback:
Loopholes in the plot
The climax portion
Heroine characters

Analysis
The basic premise of “Sebastian PC 524” is interesting. Like all whodunit thrillers, the film sets the mood right away. A cop with night blindness landing gets involved in a murder case is an exciting idea to deal with.

Director Balaji Sayyapureddy has solid material in his hands to weave an engaging thriller. He builds drama and suspense slowly. It takes a lot of time for take-off, but the pre-interval episodes really evoke our curiosity.

Ideally, the writers and directors should not let the drama go down from there. But once suspects and their possible motives were revealed, the suspense comes to an end. Plus, the whole investigative process by the police is unrealistic. The scenes look superficial.

Even after the hero comes to know that his girlfriend is involved with another man, he keeps hugging her and kissing her. Their romantic track is so confusing and clueless. He takes up the investigation of the murder case as his conscience (his dead mother is shown as his conscience) doesn’t let him sleep. So, he waits nearly two years for the main suspect to appear on the scene. The scenes of his waiting period are clumsily told.

There is a good dose of humor in the first half arising out of the hero’s night blindness. The humorous situations and the suspense engage us before the interval. But the second half completely gets derailed.

The story is set in Madanapalle. But the backdrop doesn’t serve much purpose to the story. When we have seen better-made investigative thrillers like ‘Agent Sai Srinivasa Athreya’ and ‘Hit’ in the recent past, ‘Sebastian PC 524’ doesn’t qualify to rate better.

All in all, Kiran Abbavaram’s “Sebastian PC 524” goes downhill after the interesting setup, due to a weak screenplay in the second half.