Ed Sheeran speaks out about his eerie last phone call with Shane Warne: ‘The world keeps taking incredible people away’

Ed Sheeran has revealed the final heartbreaking conversation he had with Australian cricket legend Shane Warne just days before his shock death.

The legendary spin bowler died after a suspected heart attack in Koh Samui on Friday, after he was found unresponsive by friends in his Thailand villa.

Ed, a close friend of Warne’s, led a flow of social media tributes overnight, revealing an eerie phone call he shared with the cricketer just days before his death. 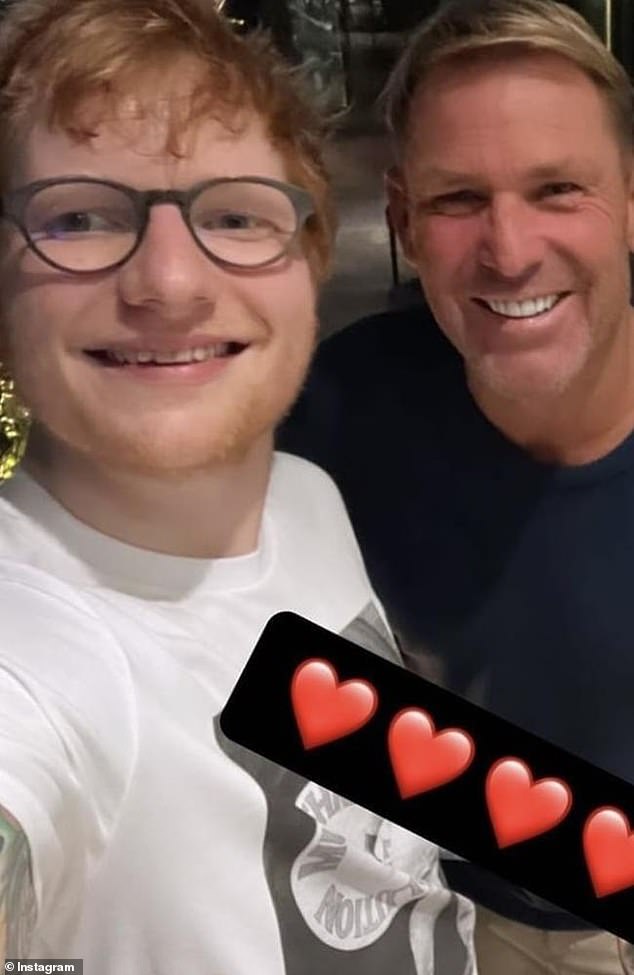 The British singer said he and Shane had called each other on the anniversary of the passing of Australian music promoter Michael Gudinski, who died on March 1, 2021.

‘The world keeps taking incredible people away,’ Ed wrote in an Instagram post alongside a photo of Warne with Gudinski.

‘I spoke to Shane on the anniversary of Michael’s passing this week saying we were both raising a glass of 707 in his honour, and now this news comes out. 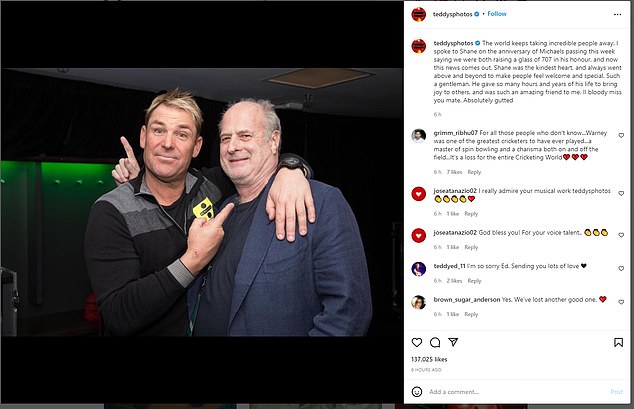 ‘Shane was the kindest heart, and always went above and beyond to make people feel welcome and special. Such a gentleman.

‘He gave so many hours and years of his life to bring joy to others, and was such an amazing friend to me. I’ll bloody miss you mate. Absolutely gutted.’

The pair were last pictured together in April after the singer had a boys’ night out in Melbourne with Shane and his son Jackson.

Ed had flown out to Australia ahead of Michael Gudinski’s state memorial in Melbourne where performed an acoustic version of We Were Younger Then.

The British popstar and cricket legend had been close pals since 2014, meeting in Melbourne through mutual friends after a Kylie Minogue concert. 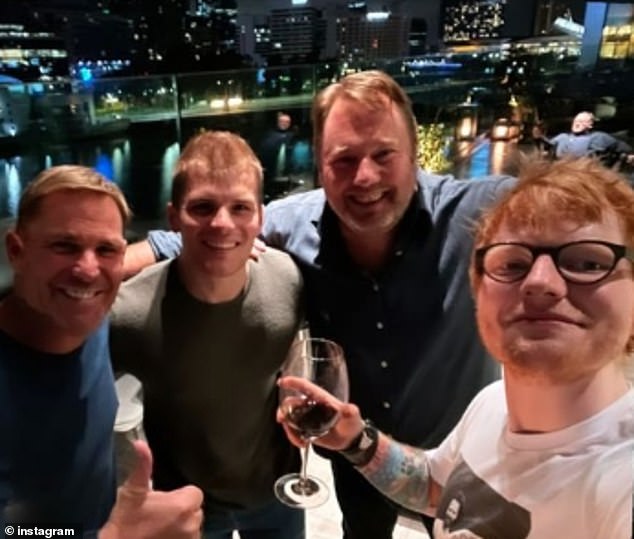 ‘I really like him, he’s a hero,’ Ed said when recounting the night they met ata radio interview.

‘I have three phones and he texts all three of them.’

Their bond continued to grow when Shane presented Ed with a signed bat and customized Australian team shirt bearing his name at the Cricket World Cup final.

Shane gave a sports cap as he presented the wood, which advised Ed to ‘keep spinning’ and was signed ‘Your friend, Shane Warne.’

A few weeks later the singer returned the favor in an interview with Sunrise encouraging Prince Harry to have a night out with the King of Spin while he was touring Australia.

Shane died after being found by four unresponsive friends in his luxury villa at the Samujana Villas on the island of Koh Samui, Thailand on Friday.

He’s believed his manager Andrew Neophitou performed CPR on the cricket great for around 20 minutes to try and save his life before an ambulance arrived.

He was then taken to the Thai International Hospital where he was pronounced dead.