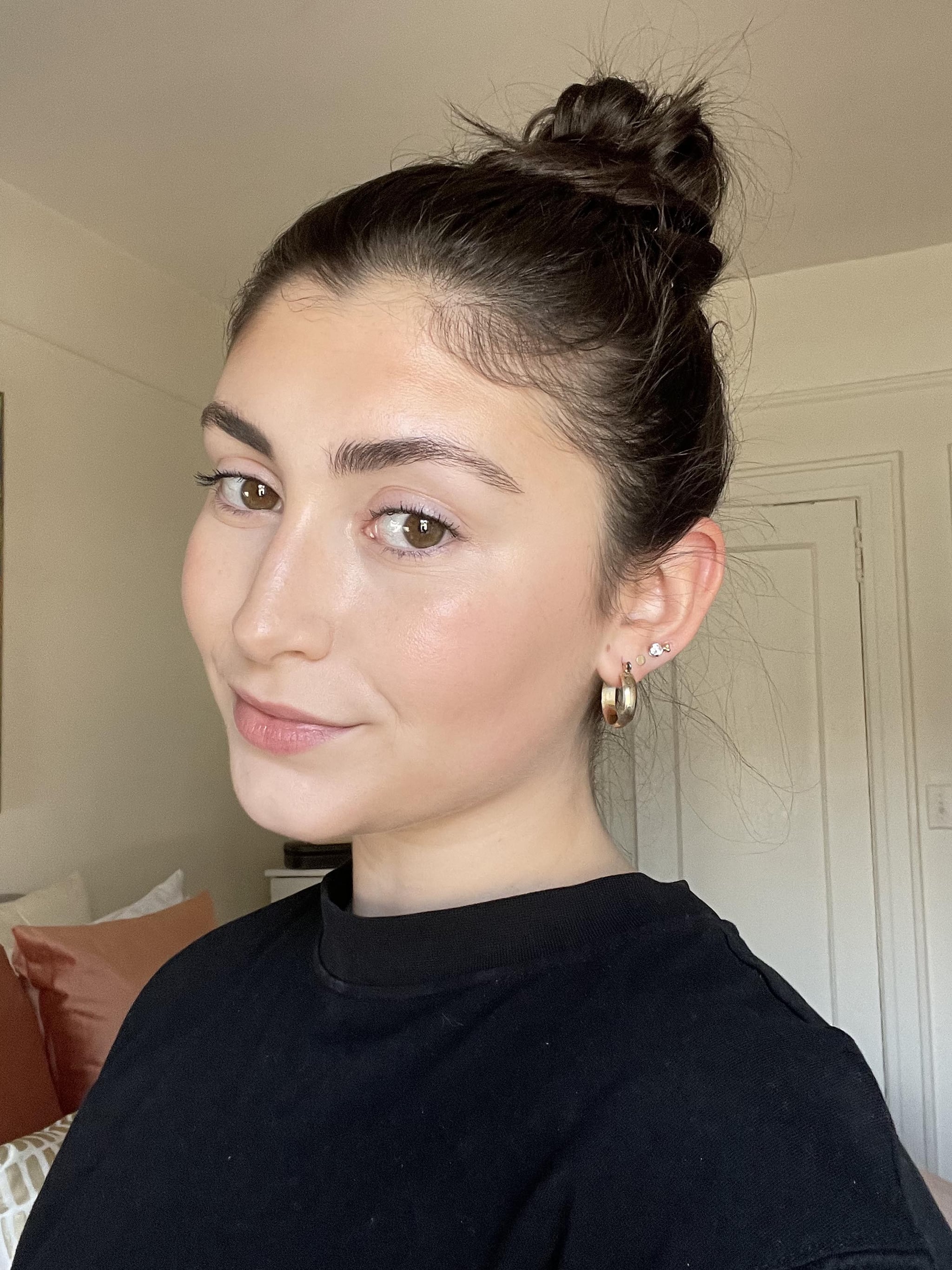 I’m been told it a million times before: “Your hair is so fine, but you have a lot of it.” And while that may be the case, that doesn’t help me achieve the voluminous, styles that I keep seeing all over my Instagram feed and TikTok FYP. Because of my super-fine hair, I rarely wear updos (not including claw clips) because they usually exacerbate this insecurity. My ponytails tend to droop and my messy buns are usually lacking the density I long for.

But then, Chris Appleton, the celebrity stylist behind the voluminous cascading hairstyles of Jennifer Lopez, Kim Kardashian, and more, shared a hair hack for creating the perfect messy bun on fine hair. I knew I had to try it.

For background, when I wear a messy bun hairstyle I put zero thought into it — I grab a scrunchie, pull my hair up to the top of my head, and just wrap it around a couple of times until it sticks. There’s no method, only chaos. This results in a hairstyle that has pieces of hair flying out in every direction. In Appleton’s video, he uses two scrunchies and hair pins so right out the gate I knew this was going to be a step-up from my usual look. 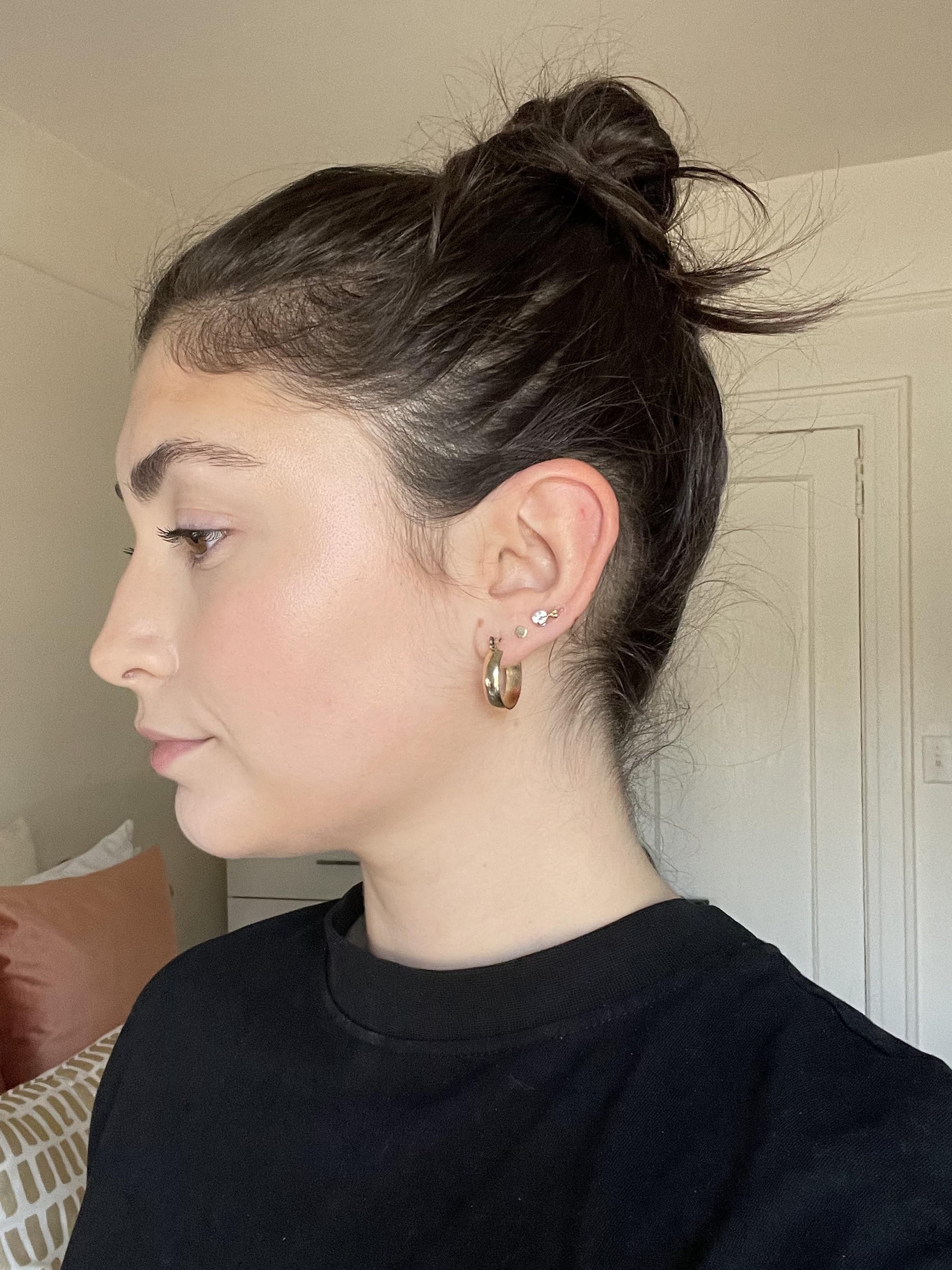 To try the hairstyling technique, I gathered two of my Pure Silk 6-Pack Skinny Hair Ties ($39) and a handful of hair pins, like the Diane Hair Pins ($5). The first step is to pull your hair back into a high ponytail at the crown of your head. Then, you put a scrunchie around the base of that ponytail while simultaneously spreading the hair out to form a donut shape. This was a little hard because — say it with me now — I don’t have a lot of hair to work with. But after some zhuzhing I managed.

Appleton says to “pull it out so you have some height” at the donut part of your hair, then gather the pieces that are outside of the bun into two sections. With the two sections of hair, you twist them loosely and criss-cross them around the base of the bun, securing them in place with hair pins. For this step, he only used two pins but I had some loose hair hanging out at the back that needed securing so I used a third. 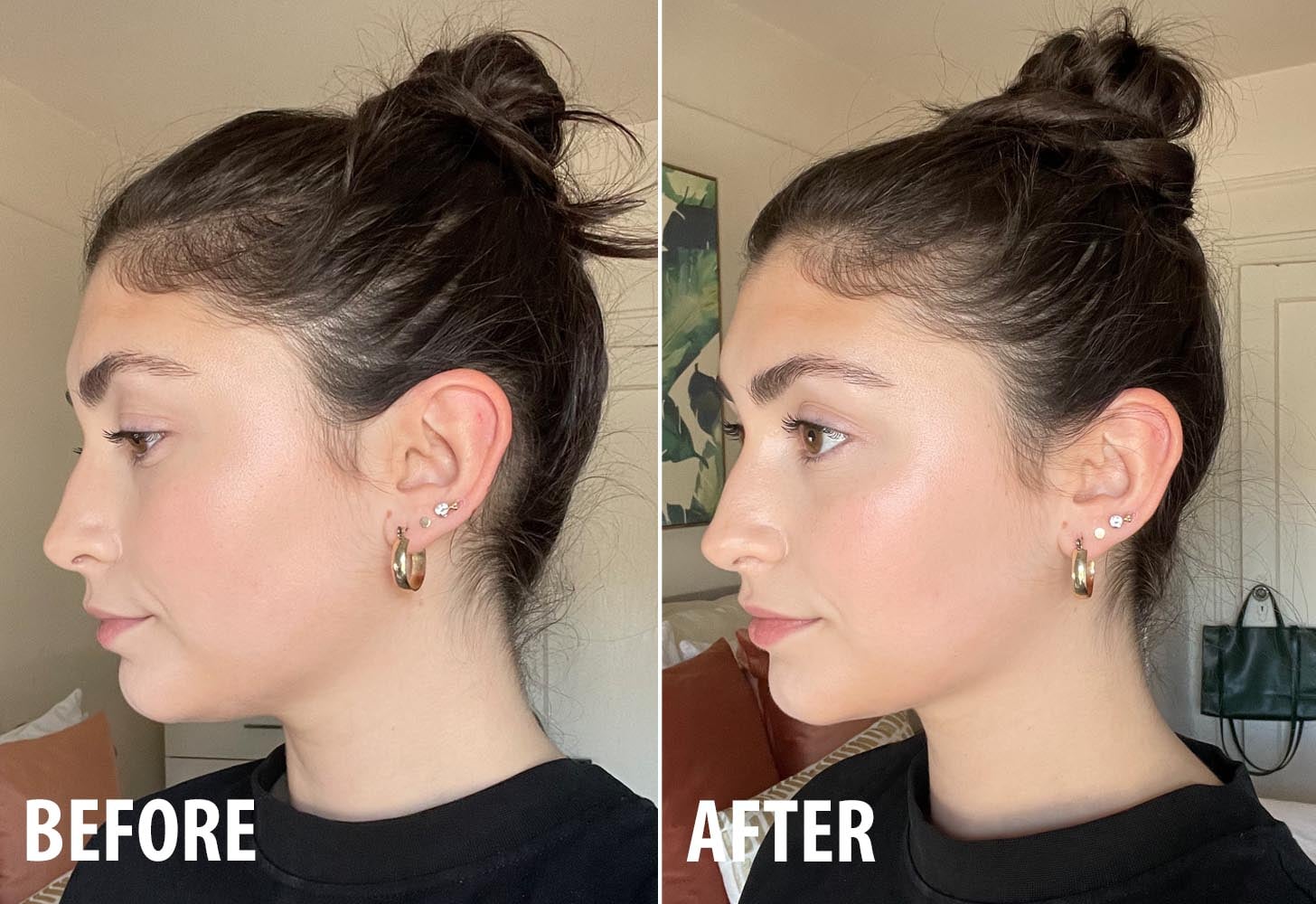 The bun hairstyle instantly looked different. Instead of my usually overly messy and kind of disheveled top knot, it looked effortless and sleek. Like one of those chic hairstyles off duty models wear, like Kendall Jenner and Gigi Hadid. It also gave the illusion that I had way more hair than I actually do. I’ll admit it would have been easier with a second set of hands — to be fair, the same can be said about literally any hairstyle — but I was able to manage with the very little skill I have. To finish off the style, I applied some hairspray to control flyaways. What took me a matter of seconds to pull off made me suddenly look polished and for that, I’d say Appleton’s messy bun hack for thin hair is a win.