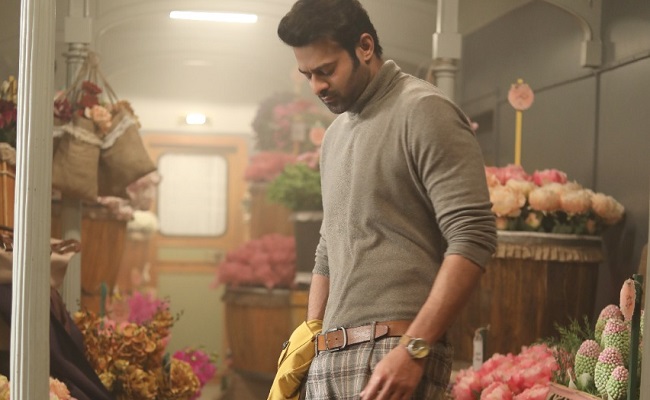 South Indian film industry has been celebrating its power since ‘Bahubali-The Beginning’. At that time even Bollywood was doing good. Until 2017 even the films like Dangal made a big fortune at the national and international box office.

Eventually Bollywood started underperforming. In the post Covid season, the audience in the Hindi belt have not been patronizing their films.

The makers and heroes are also not being able to come up with intense films be it any genre. As a result almost all the films are miserably dying at the box office on the day-1 with poor openings.

On the contrast the South Indian product ‘Pushpa’ made a big sound all over the nation. There is a widespread opinion in the Bollywood belt that this film marred their epic film ’83’.

Pushpa was the only film in entire North India to make the highest collection in the post pandemic season pushing back the Hollywood blockbuster ‘Spiderman’ to second place and the only Bollywood hit ‘Suryavanshi’ to the third place.

Literally the performance of ‘Pushpa’ made Bollywood look like an underperforming backward industry.

Adding to this, Radhe Shyam, RRR, KGF and Liger are in the way to invade the Indian box office. This has brought tremors in the spines of Bollywood biggies.

Besides, Prabhas has become the star to command Rs 100 Cr as remuneration beating all the Khans, Kapoors, Singhs and Kumars.

So, the Bollywood group seems to be in the process of killing the South Industry by not giving it the chance to invade further.

An observation supports this argument. No Bollywood media house gave space for ‘Radhe Shyam’ in news. This is quite shocking.

A source reveals that a popular Bollywood critic who is known for giving paid reviews in general has demanded a sum of Rs 20 lakh to give positive review to this film. There is no information if that blackmailing was honored, the critic who generally gives positive reviews almost to every film has given a negative review to Radhe Shyam. The same critic demanded Rs 12 lakh from ‘Pushpa’ producers as per an insider. Similar experiences happened with some other Bollywood critics as well with regard to Radhe Shyam.

Keeping the critics aside, the Bollywood media houses didn’t consider ‘Radhe Shyam’ as a Hindi film at all. The makers kept many extra efforts to make it look like a straight Bollywood film by making exclusive songs in Hindi and different casting wherever necessary. But still, the Bollywood media considered it only as a dubbed film and didn’t cover the news that this is releasing. The impact is clearly seen on the openings in every city of North region.

It is needless to say that this is going to be a big threat for ‘RRR’ as well, unless Rajamouli and his team get into some operation to avoid colossal mishap.

The point to be underlined is that it is not enough to shell out money but an aggressive PR activity is the need of the hour before the release of ‘RRR’ as there are some hidden hands behind.