The offensive line is one of Chicago’s top needs this offseason as protecting quarterback Justin Fields remains a top priority. While the Bears have added Patrick and Dozier, there’s still plenty of work to be done.

Dozier, a former fourth-round pick by the New York Jets in 2014, has appeared in 76 career games, including 27 starts. He played with the Jets from 2015-18. Dozier was a full-time starter for the Minnesota Vikings at guard in 2020. But he spent most of the 2021 season on the Vikings’ practice squad and appeared in just six games on special teams.

With the addition of Dozier, here’s a look at the Bears’ offensive line depth: 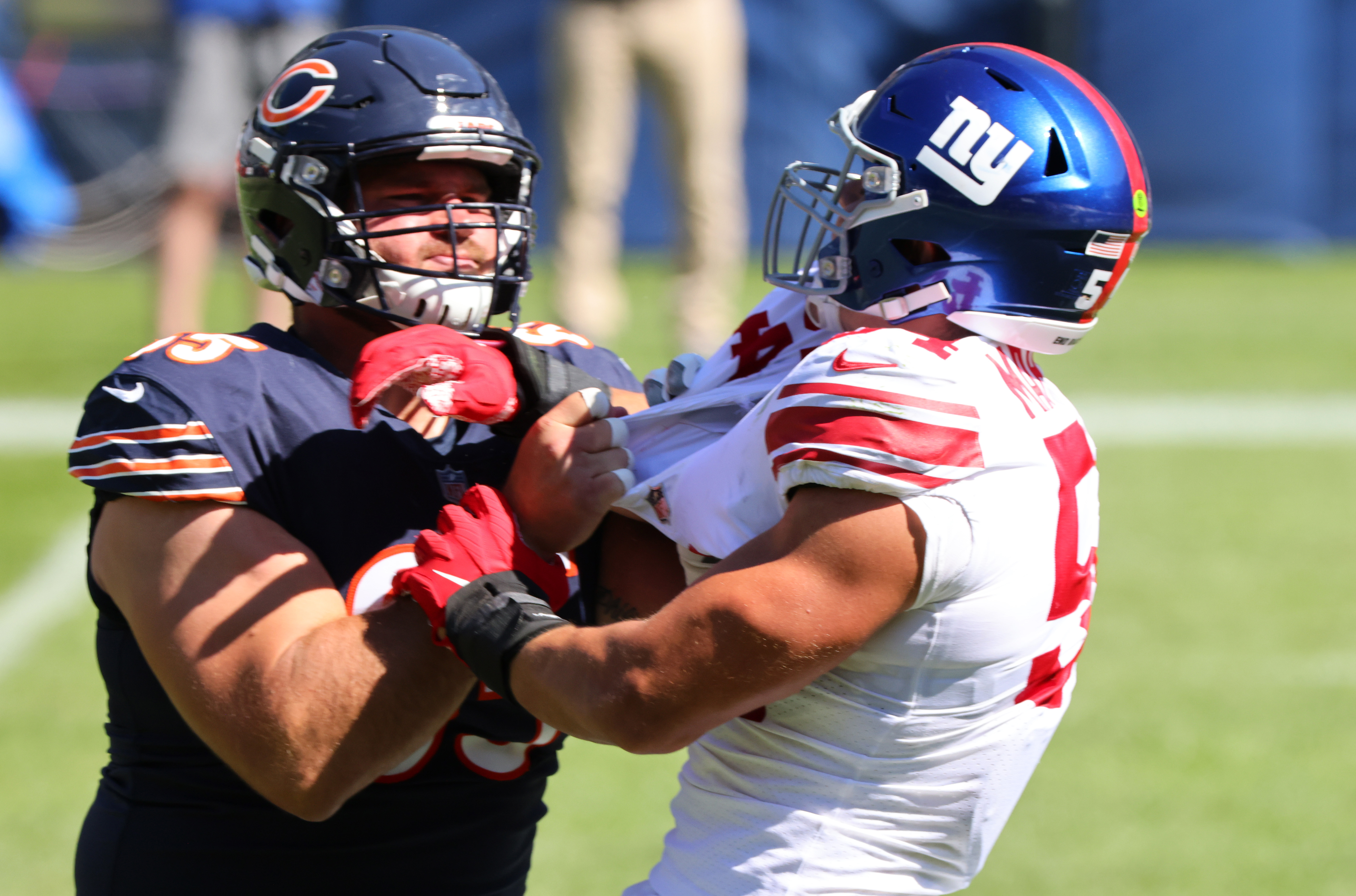 Cody Whitehair is arguably coming off his worst season with the Bears, but he’s still been a solid offensive lineman since being drafted by Chicago in 2016. Whitehair has played primarily left guard, although he’s also spent time at center. He could line up at either position heading into the season — depending on what Poles thinks is best. 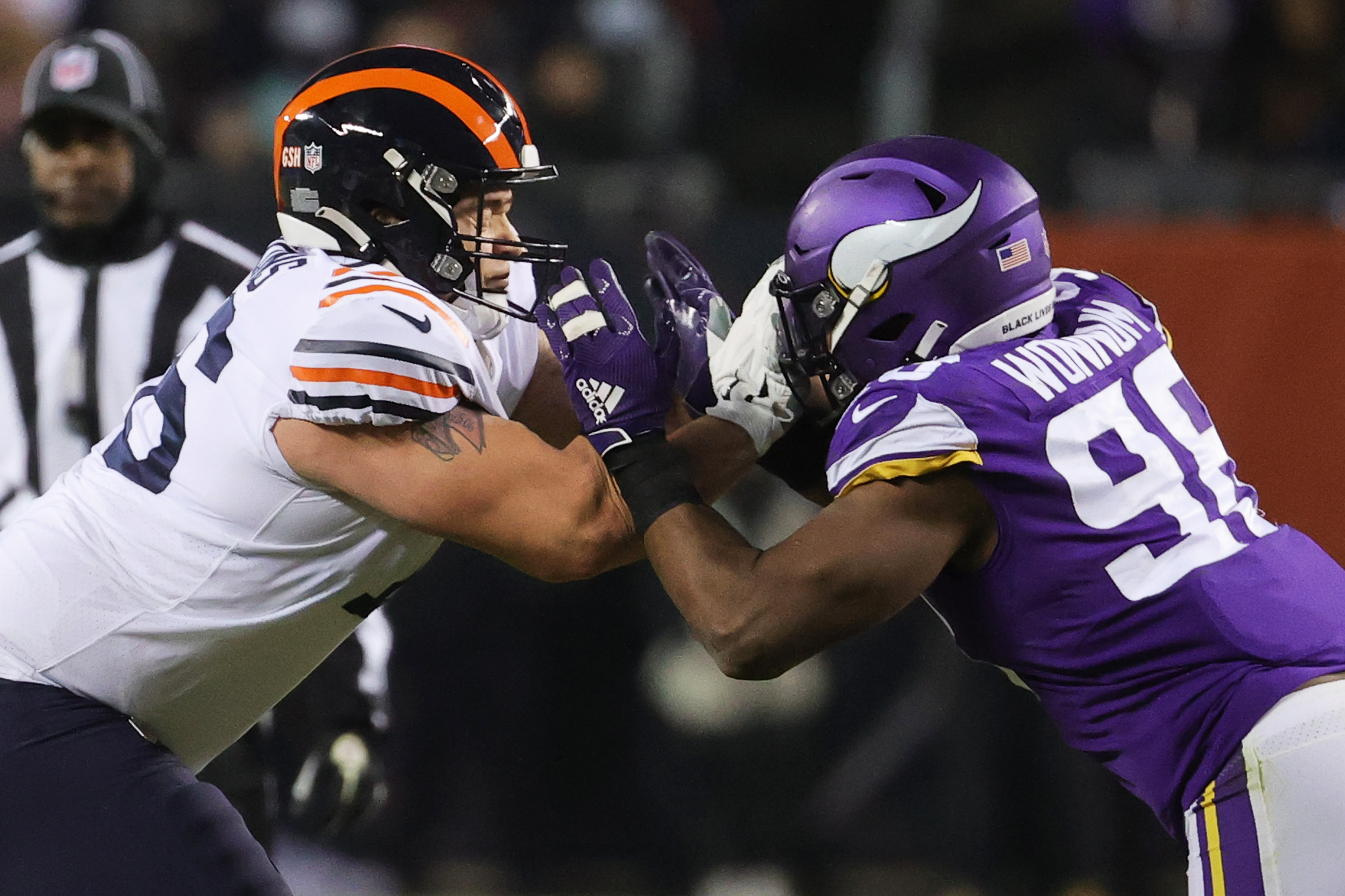 Teven Jenkins missed most of his rookie season after back surgery during training camp. When he did return, he saw limited action at left tackle, including two starts. The expectation is the Bears will add a left tackle, which means Jenkins would either move to right tackle or get pushed inside to right guard. 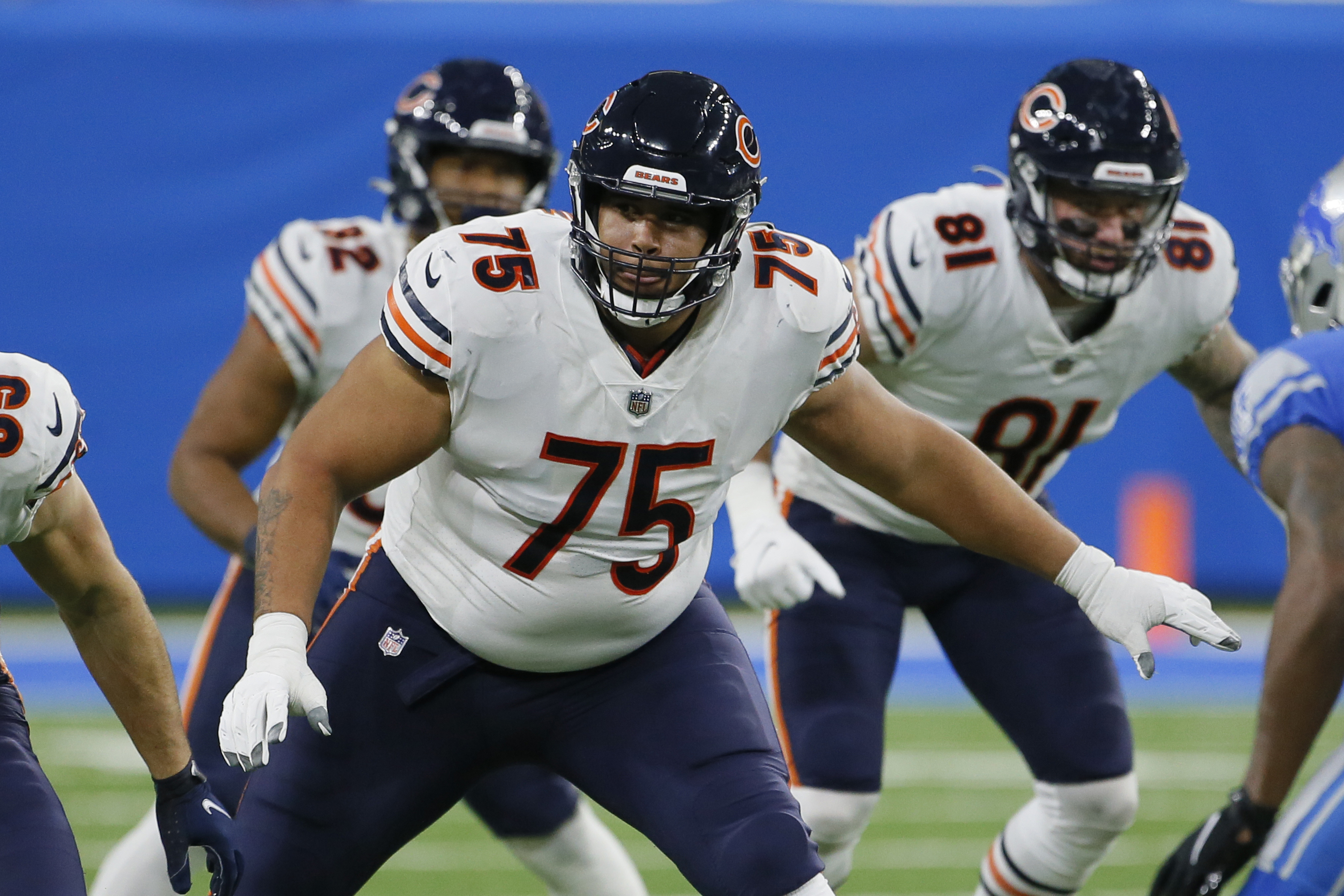 Larry Borom got his first starting opportunity at right tackle in Week 8, replacing an injured Germain Ifedi, and he was an immediate upgrade. He held his own against some of the best pass rushers and showed versatility playing both right and left tackle. Borom figures to serve as the right tackle or kick inside to right guard in Year 2, depending on where Poles thinks he fits best. 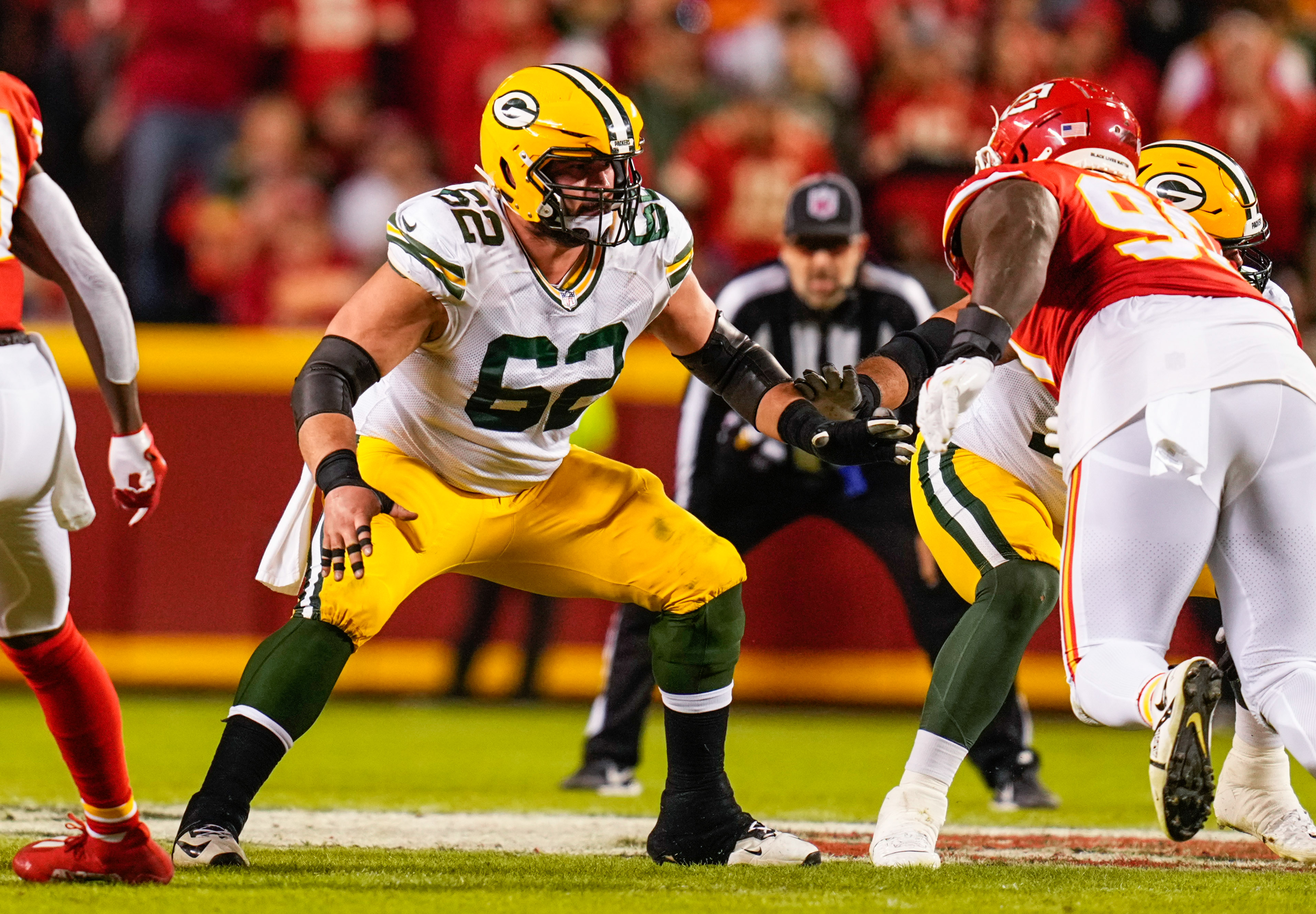 Lucas Patrick comes to Chicago with experience playing in offensive coordinator Luke Getsy’s system. He’s a versatile interior lineman who’s played three different positions — left guard, center and right guard. While it’s hard to say for certain where he’ll line up in 2022, the assumption is either center or right guard. 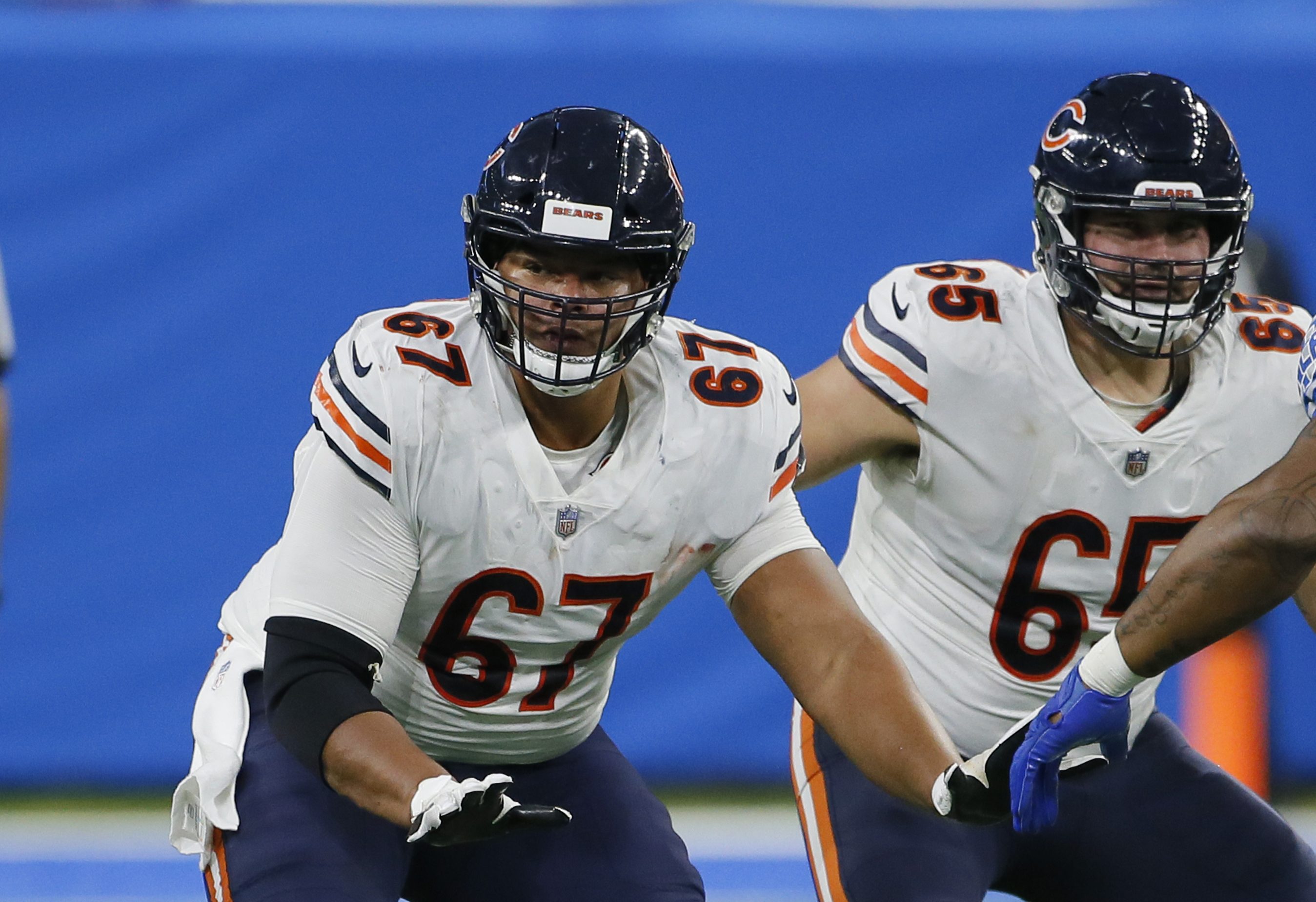 The Bears tendered Sam Mustipher as an exclusive rights free agent earlier this offseason, but he’s not likely in a starting role. Mustipher started 17 games at center for Chicago last season, but he was a liability on the offensive line. At this point, Mustipher projects to serve as a reserve behind whoever’s named the starting center. 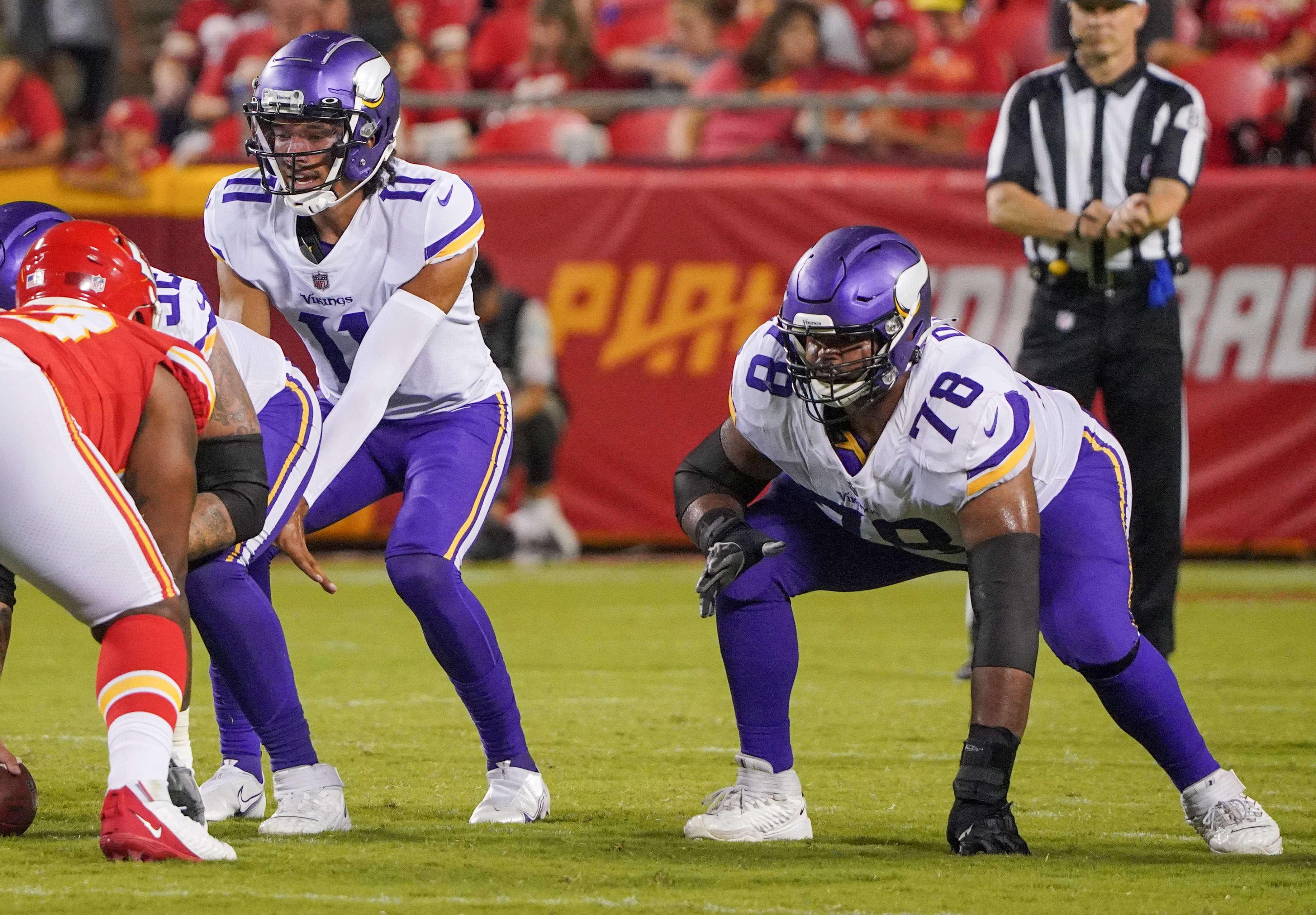 Dakota Dozier arrives at the Bears after having spent most of last season on the Vikings’ practice squad. But he was a full-time starter in Minnesota in 2020, and his Pro Football Focus grades haven’t been favorable. At this point, Dozier appears to be a depth piece on the offensive line. There’s still plenty of roster spots to be filled, and there are still options on the free agent market and in the NFL draft. 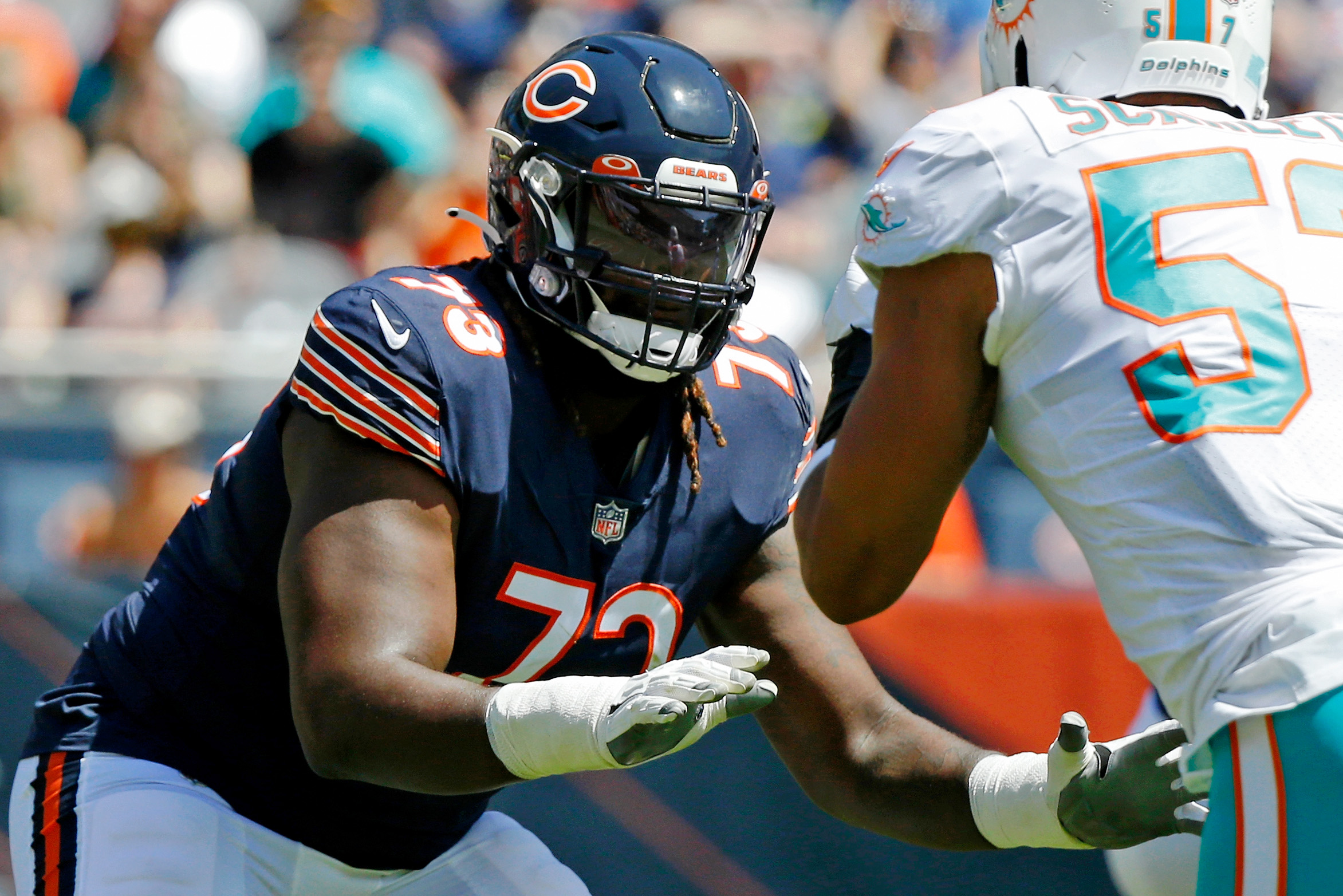 Lachavious Simmons, a former seventh-round pick, also was tendered by the Bears as an exclusive rights free agent not long ago. He played in two games in 2021, including one start, at right tackle. Simmons doesn’t factor into the starting line-up and will serve as depth at tackle. 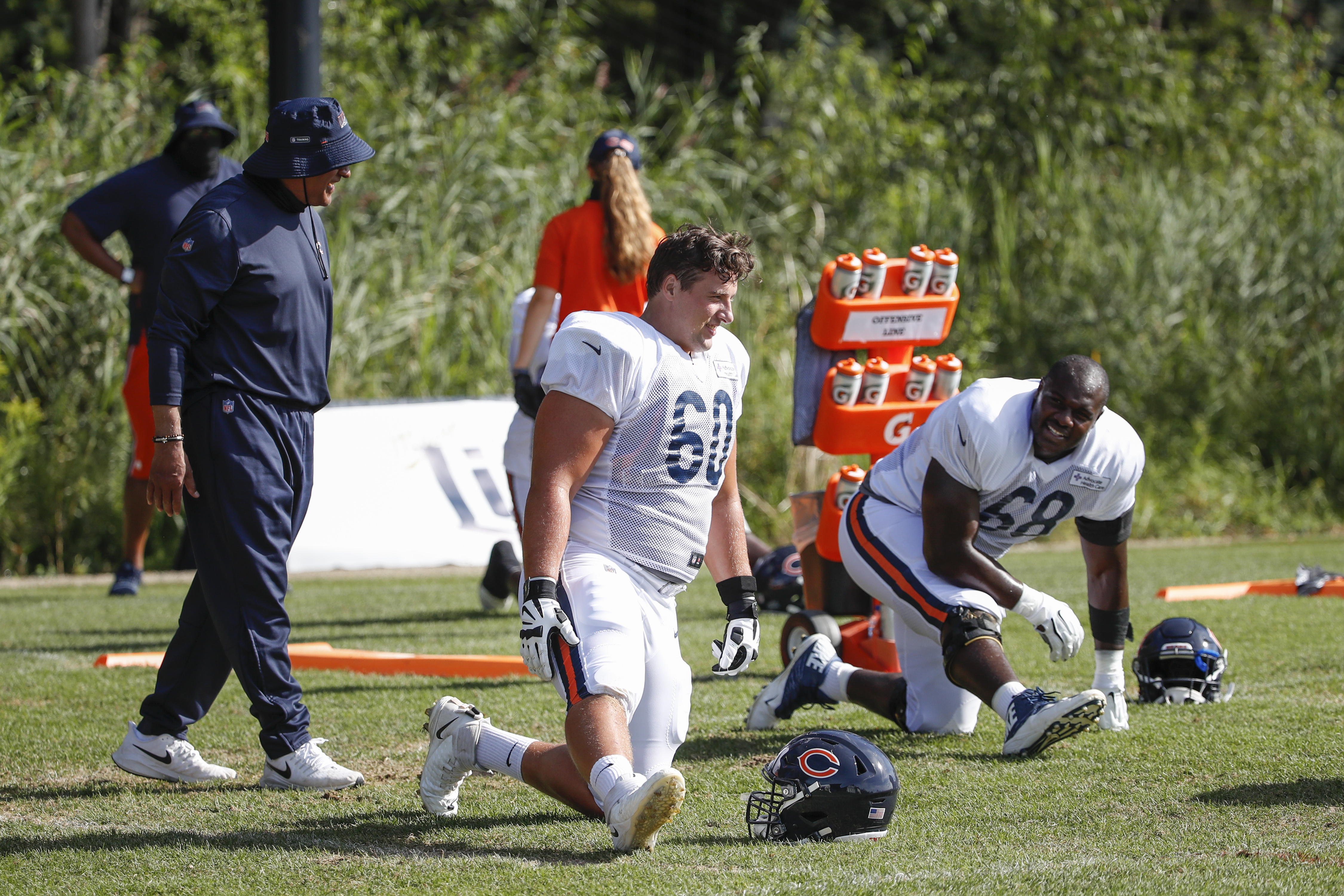 Dieter Eiselen, who signed a reserve/future contract earlier this offseason, has played in just three NFL games. He spent most of the last two seasons on the Bears’ practice squad. The 25-year-old is projected to have the same fate this season. 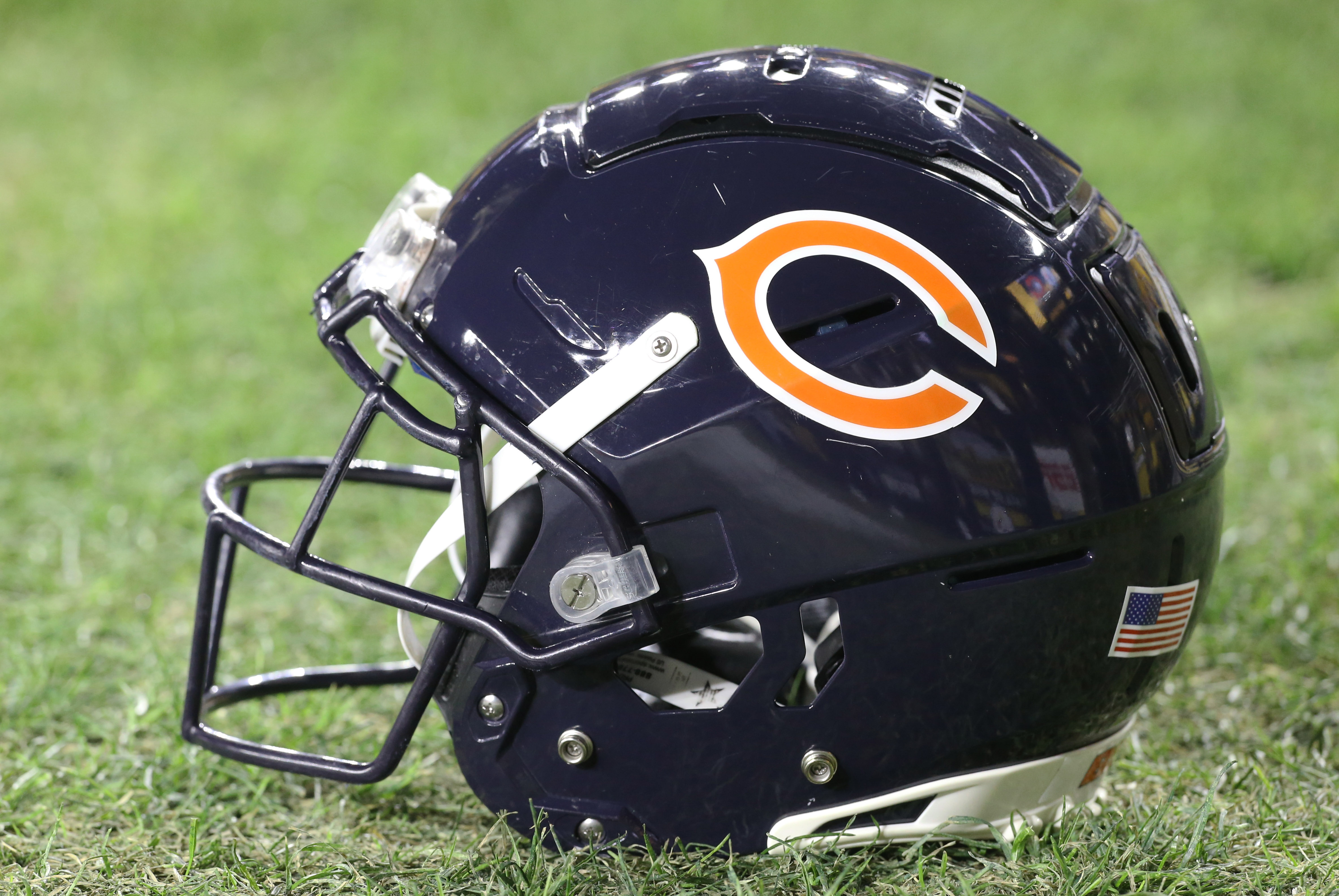 Tyrone Wheatley spent most of the 2021 season on the Bears’ practice squad. He signed a reserve/future contract with Chicago earlier this offseason. Wheatley will likely serve as depth on the practice squad in 2022.