We tend to think of John Keats as, in Lucasta Miller’s provocative phrase, “the most romantic of the Romantic poets.” He’s the pure soul—so the legend goes—who died at only 25, penniless, passionately in love with a woman he couldn’t ever hope to marry because of his tuberculosis and convinced that he would be completely forgotten. (The epitaph he thing for his gravestone reads “Here lies one whose name was writ in water.”) Keats’s eminently quotable poetry (“A thing of beauty is a joy forever”; “Beauty is truth, truth beauty”) has of course not been forgotten at all but is studied throughout the English-speaking world not just for its technical and linguistic skill but as a repository of philosophical insight about everything that’s most deeply felt in human experience, from love to loss to our own mortality. Somehow the fact that Keats died so young, yet loved so intensely and wrote so well, has given him a sage-like status.

Keats: A Brief Life in Nine Poems and One Epitaph

We may earn a commission when you buy products through the links on our site. 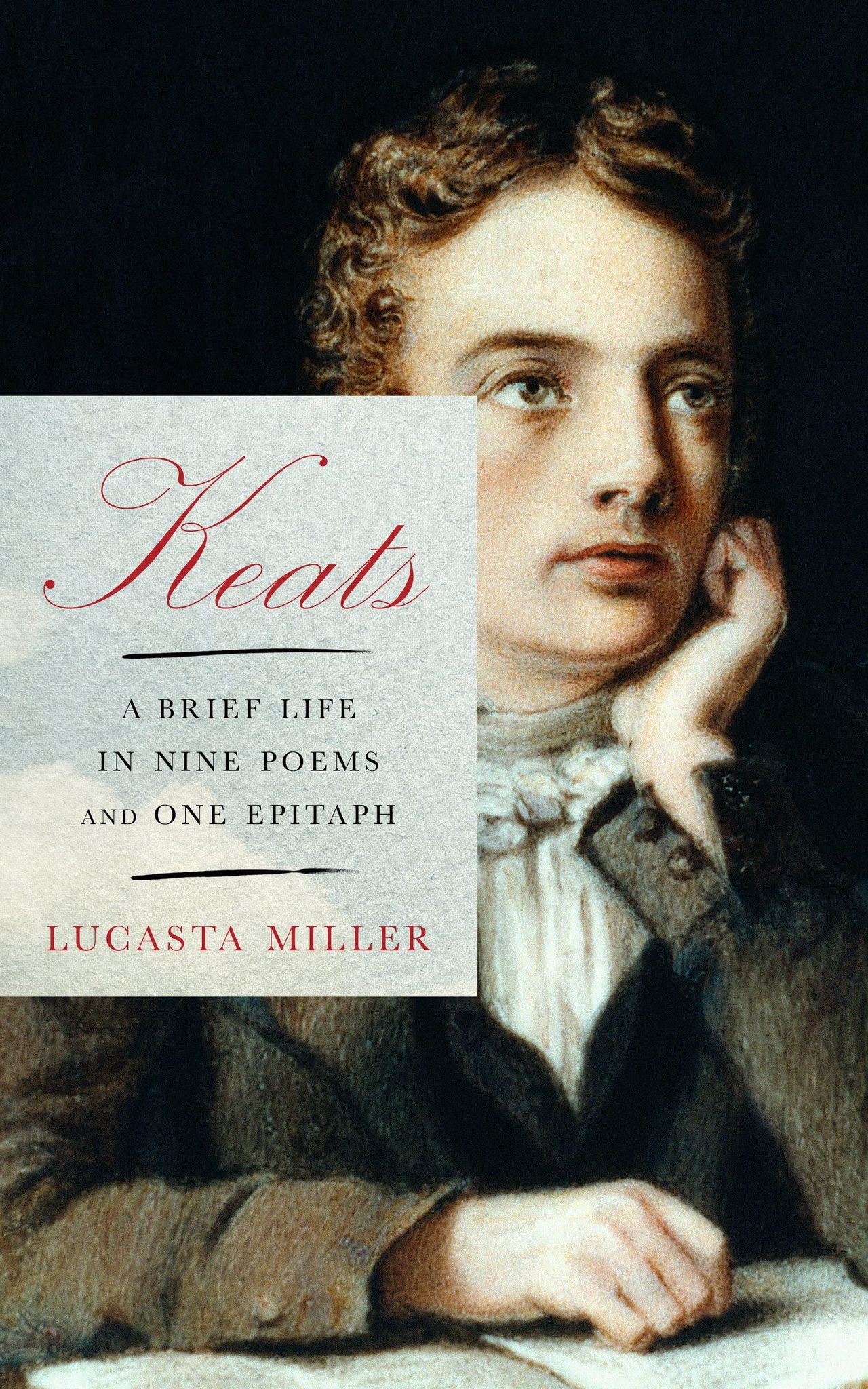 Ms. Miller—who has written demystifying biographies of the Brontë sisters and Keats’s contemporary the poet Letitia Landon—isn’t buying any of it. “I don’t see Keats as a spiritual guru who can tell me how to live,” she counters. “What I value in his surviving poetry and letters is that they show us how Hey lived.” With “Keats: A Brief Life in Nine Poems and One Epitaph,” she digs into the backstories of her subject’s most famous poems to uncover aspects of his life and work that challenge well-worn romantic myths. The irresistible result: an often irreverent yet compassionate approach to the poet that cuts through the hagiography.

15 Books We Read This Week

American conceptions of government past and present, the empires that clashed on the battlefields of World War II and a new book for kids from the author of ‘Wicked.’

Ms. Miller’s Keats is not just a complex living person, but a damaged and at times positively perverse one. His early family life was “marked by family breakdown and multiple bereavement.” And by social anxiety: In status-conscious Regency Britain he was born into the uncertain lower-middle-class. His father, a humble ostler, died when Keats was 8, and his mother Frances swiftly remarried, abandoning her son, who had by this time been sent away to boarding school. That marriage fell apart; when Frances reappeared in Keats’s life he was 14, and she was suffering from the tuberculosis that would soon kill her, as it later would him. Keats nursed her diligently but couldn’t save her. He was back at school when the news of her death reached him; on hearing it he crawled under a desk and refused to come out.

In a sense Keats never did come out from under that desk, and he never got over his mother’s death either. In Ms. Miller’s reading, he was not just sensitive but obviously depressive, someone whose tremendous creative drive was “a compensation for his childhood losses.” His emotional investment in poetry as a vehicle was also a typically Regency obsession: This was an age that attached an unusual cultural importance to the calling of poet. Where Keats was different was in his transgressiveness. He trained as a doctor but quit at age 21 to focus on verse full time, and from the very start he was already straining at what Ms. Miller neatly calls the “threadbare pleasure principle” of earlier Romantic poetry.

Keats is more lush, more free, and oddly more exact than anyone else writing at this time, except for Byron and Shelley. But Byron is deeply cynical, and the idealistic Shelley can be prescriptive, as idealists often are. Keats’s creativity, Ms. Miller argues, is “less about seeking an answer than about being open to questions.” As a poet her Keats is playful, even freakish, and often inappropriate. She is alert to a slippery eroticism in his best-known poems: the fetishizing of sexual frustration in “Ode on a Grecian Urn,” the unabashed predation of Porphyro on Madeline in “The Eve of St. Agnes,” and the depiction of love as a form of mental illness in “Isabella; or, “The Pot of Basil” (which features a young woman who keeps her dead lover’s severed head buried among her herbs. As you do).

From sex to drugs: Ms. Miller points out that “Ode to a Nightingale” begins with the poet musing about the effects on the senses of taking opiates (she speculates that it was written while Keats was on the popular sedative laudanum) and wishing— “O, for a draft of vintage!”—that he could get drunk. Her unpacking of his language, which is so brilliantly suited to representing material bodily experience, is often refreshingly matter of fact. Was Keats’s risky ingenuity the result of his outsider status, or his medical training? “Isabella” contains a terrifically unrestrained description of that decaying head as “vile with green and livid spot.” Ms. Miller reminds us that Keats was used to handling dead bodies, both whole and cut up, and that the reference to a “naked brain” in “Endymion” is, similarly, not merely fanciful: He’d actually seen a naked brain in the anatomy room.

Keats the man also emerges as fully embodied: short (only 5 feet tall) but broad-shouldered and quick to get involved in fist fights; fond of roast-beef sandwiches (he claimed he could eat a “dozen or two” in one sitting), and eager for sex wherever he could get it (he caught syphilis, for which he took mercury, from a London prostitute, and there are references in his correspondence to his exploits with barmaids). Perhaps the greatest blow Ms. Miller deals to the image of Keats as romantic lover is the revelation that he had a fling with a shady lady called Mrs. Jones, whom he “warmed with” and kissed in her “tasty” rooms (the details are from a rather boastful letter) at the time he was getting to know his great love, Fanny Brawne.

Fanny was the daughter of Keats’s next-door neighbor in London. She’s usually presented as the key passion of Keats’s life, but the truth was that he was still interested in “warming” with Mrs. Jones (drawing on his affair with her as the inspiration for “The Eve of St. Agnes’) when he began to fall for Fanny in 1818. Marriage doesn’t seem to have been on his agenda: He proposed instead that they should follow the example of Shelley and Mary Godwin and run away to Switzerland together. Sensibly, Fanny didn’t take him up on this offer. You can’t help thinking that, all in all, the Brawnes showed great forbearance toward this difficult young poet. When he became terminally ill, Fanny’s mother ended up nursing him for five weeks before he left for Rome in the vain hope that a warmer climate might still cure him.

And was poor penniless Keats really as poor as earlier biographers have claimed? Yes and no: He didn’t have Byron and Shelley’s reflex sense of upper-class security, but he was able to leave medicine for poetry in the first place because he was the recipient of a small trust fund left to him by his grandmother. By the time of his death in 1821 he’d managed to blow it all. Profligate, sexy, fond of a glass or two, and a little bit entitled, Ms. Miller’s Keats is Keats, but not, thankfully, as we know him.

—Ms. Lowry’s novel “The Chosen” will be published in April.