Jessica Chastain’s eyes filled with tears at last night’s Oscars long before she won Best Actress for “The Eyes of Tammy Faye.” When Linda Dowds, Stephanie Ingram and Justin Raleigh won Best Makeup and Hairstyling, the camera showed Chastain looking overwhelmed and mouthing the words “I love you.”

In the days leading up to the Oscars, Chastain had said that she would skip the red carpet if necessary so she could be in the Dolby Theater when the Makeup and Hairstyling award were announced. (It was one of the eight categories relegated to the pre-show.) And indeed, when the moment arrived, she was seated right in front of the stage, her eyes brimming with tears.

In her acceptance speech, Dowds thanked Chastain right away, calling her “our biggest, most dedicated collaborator.” That was no exaggeration: The actress has worked with Dowds and Ingram since 2013’s “Mama,” where they crafted her character’s goth-light look. The trio formed a report on that film and have partnered on each of Chastain’s subsequent projects. They are currently in the middle of their sixteenth collaboration, “George and Tammy,” an upcoming Paramount+ limited series in which the actress stars as Tammy Wynette opposite Michael Shannon as George Jones.

TheWrap spoke with Chastain by phone on Oscar nominations morning last month when, calling from the “George and Tammy” set in full Tammy Wynette hair and makeup, she giddily recalled exchanging hugs and triumphant cheers of “We did it!” with Dowds and Ingram. 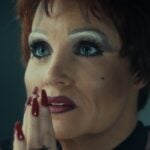 “Jess is a brilliant collaborator and is very sharing in the process,” Dowds told us earlier this month. “She’s very diligent about research and really, you know, figuring things out. And I think with each of the characters that we move into, we do have that opportunity to share. And she’ll say, ‘This is what I’m thinking, this is the look I’m going for. What do you think about this?’ Or, ‘Let’s try this.’ And that’s an incredibly helpful thing.”

There’s a practical side too. “The nice thing about working with Jess, following along from project to project is that we do get an opportunity to chat about what’s coming up,” Dowds added. “So that’s a unique thing that you’re not trying to grab a conversation somewhere along the way where both people are working in two different cities and two different time zones. That’s been a really good bonus for me and gives us time to really percolate on some stuff.”

As for a favorite collaboration, Ingram couldn’t choose just one. “I love them all,” she said via email. “So much creativity — challenges and trouble-shooting.” Ingram, meanwhile, compared the “no-makeup makeup look” of 2017’s late-nineteenth century-set “Woman Walks Ahead” to the contemporary glitz of “Molly’s Game,” which came out the same year.

“I have to say, and I mean this honestly, I love the work because I never get bored,” said Dowds, who has also won three Emmy awards (for “Grey Gardens,” “The Kennedys” and “True Detective”) . “Everything is so different. Each one of them has something—there’s a lot of joy in it. If I had to say one look that was also kind of fun, aside from ‘Tammy Faye,’ obviously because I got to play so much with color, I would say maybe ‘Molly’s Game’ was a particularly great project because we had lots of different looks. That was a full-on glam kind of thing. And we don’t always do that.” 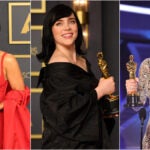