Championship winning South Carolina women’s basketball team sparks backlash after staying in locker room during national anthem to protest ‘racial injustice’: Woke coach says ‘I don’t like what our country has come to’

By James Gordon For Dailymail.com

The Gamecocks were nowhere to be seen before their game against against Louisville – a game they won, before ultimately taking down UConn 64-49 to win the women’s national championship Sunday night.

The protest, orchestrated by head coach Dawn Staley, has been ongoing since the middle of the 2020-21 college basketball season.

The difference this time around was the fact that players for the Louisville Cardinals emerged and stood at attention during the traditional pregame rendition of the Star Spangled Banner – something few women’s college basketball teams have done this season.

Cardinals players could be seen at one side of the court Friday with their arms linked, staring across at the empty South Carolina bench. 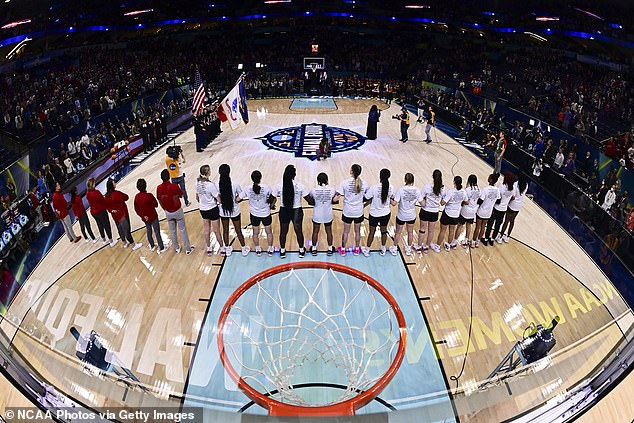 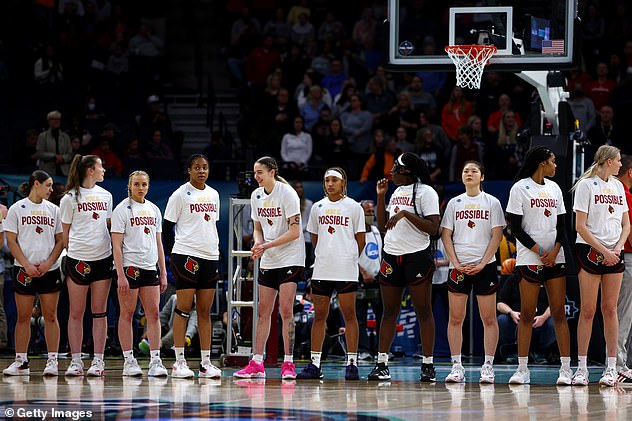 Staley previously said the decision was part of an effort to ‘bring awareness to racial injustice in our country.’ 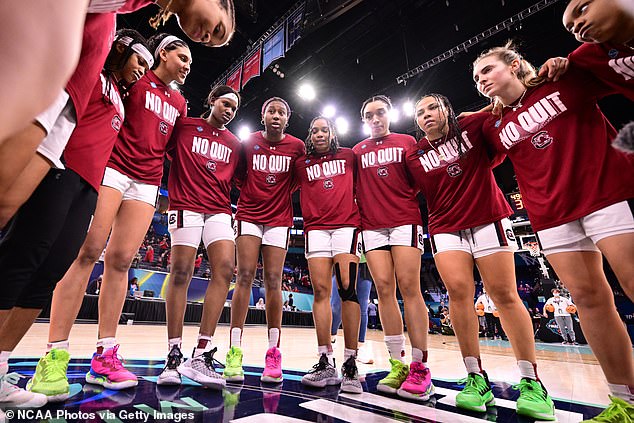 South Carolina have remained in their locker room all season during the pregame ritual playing of the national anthem – but this is the first time their opponents decided to head to the court while the anthem played.

Some Cardinal players could be seen wearing shirts with a message on the back that read: ‘No person in the United States, shall on the basis of sex, be excluded from participation in, be denied the benefits, or be subjected to discrimination under any education program or activity receiving federal financial assistance.’

South Carolina’s decision to remain off the court angered many users on social media. 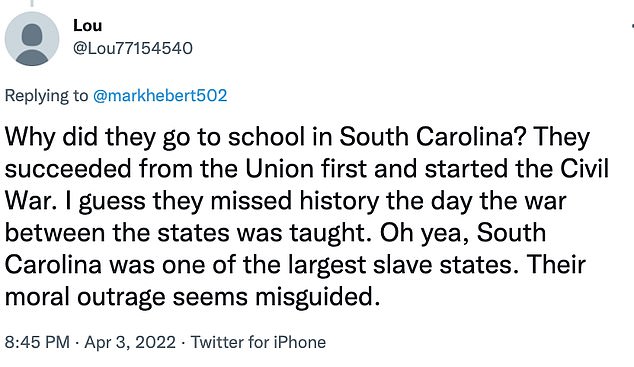 ‘No longer supporting Gamecocks women’s basketball. They cannot stand for our country and flag. Not good leadership on coach’s part. I guess she feels it could hurt her recruiting,’ tweeted Ray McDowell.

‘Why did they go to school in South Carolina? They succeeded from the Union first and started the Civil War. I guess they missed history the day the war between the states was taught. Oh yeah, South Carolina was one of the largest slave states. Their moral outrage seems misguided,’ wrote Lou on Twitter. 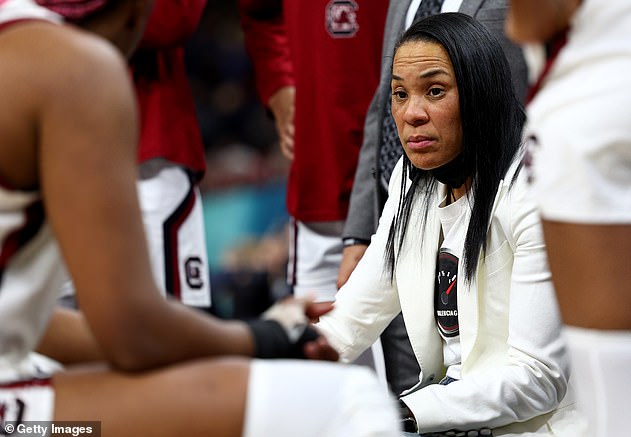 Head coach, Dawn Staley’s team, pictured did not come out for the anthem during home games or any of this year’s NCAA tournament