The start of the 2022 NFL draft is 23 days away. ESPN’s Todd McShay released an updated two-round mock draft on Tuesday, so let’s take a look at who McShay had the Green Bay Packers pick with their four selections in the first two rounds.

It’s been 20 years since the Packers selected a wide receiver in the first round. With the Packers having a major need at wide receiver and two first-round picks at their disposal, that streak seems likely to end on April 28.

This past season, Dotson hauled in 91 receptions for 1,182 yards and 12 touchdowns. The Penn State wide receiver may be on the lighter side (178) pounds, but he’s an eclectic playmaker. In his final 21 games, Dotson accounted for 21 touchdowns. For his career he had six touchdowns that went for 60 yards or more.

Dotson has strong, reliable hands and plays bigger than his frame. According to Pro Football Focus, Dotson was targeted 138 times this past season and only had two drops.

With his big-play ability and reliable hands, Dotson could quickly earn the trust of Aaron Rodgers leading to many big plays at 1265 Lombardi Avenue.

Green is one of the most versatile offensive lineman in the 2022 NFL Draft. This past season Green started games at left tackle, right tackle, left guard and right guard. While he’s never taken snaps at center, Green has Elgton Jenkins-like versatility.

Green is a quick and powerful run blocker. He’s got a powerful lower half and is able to drive defenders in any direction he chooses.

In pass protection, Green has a strong base. He’s rarely knocked off balance and is able to anchor down against bull rushers. The former five-star recruit has the foot quickness and lateral agility to protect the corner at tackle.

With his versatility Green could be a plug-and-play starter at right tackle or right guard for the Packers.

McBride is viewed by many as the top tight end in the 2022 NFL draft and for good reason. This past season the Colorado State product led all FBS tight ends in receptions (90) and yards (1,121). The yardage total was the most in a single season by a tight end in Mountain West history.

McBride is a big target (6-4), who isn’t afraid to work the middle of the field. He thrives on making catches in a crowd. He has the quickness (4.53) to threaten the seam.

McBride is a natural in-line tight end. With his size and strength, he’s one of the best run blockers among the top-tiered tight ends in this class.

The Packers need an infusion of talent at the tight end position. McBride could provide an immediate impact as a run blocker, as well as being a big-bodied target over the middle for Rodgers.

Jackson has all the talent in the world, but for whatever reason was never able to fully unlock it at the college level. The USC edge rusher will turn 21 on April 12, and with his upside it would not be shocking to see Brian Gutekunst select him in the first round.

He’s a toolsy edge rusher with his length, athleticism and explosiveness. This past season Jackson recorded eight tackles for loss and five sacks. Jackson has the lower body flexibility to bend and dip around the edge.

The Packers have their starters in place with Rashan Gary and Preston Smith, but they need to restock the talent behind that duo. Jackson has all the tools to be a difference-maker. Getting him this late in the second round could prove to be the heist of the 2022 NFL draft a few years down the road.

Every draft pick made by Packers GM Brian Gutekunst 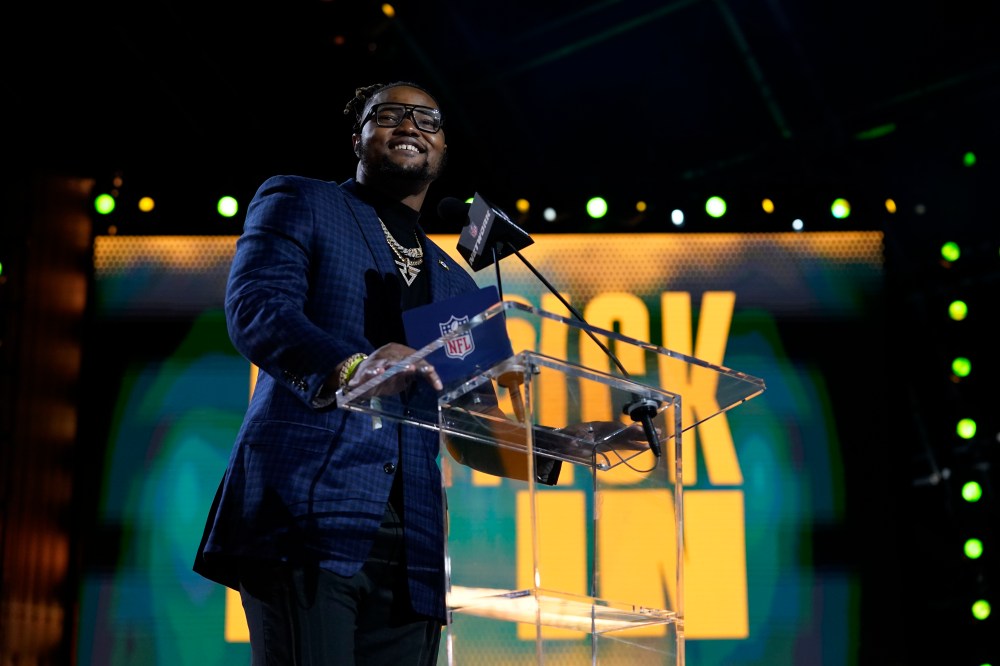