Covid cases are starting to rise once again in major cities like New York, Los Angeles and San Francisco, as experts warn that cutting back on data reporting in these cities – and basically the rest of the country – in recent months may leave Americans unprepared to deal with another wave of the virus.

Daily Covid cases have jumped from around 600 per day to 1,400 per day since mid-March in the Big Apple, reversing the downward trend of cases in the city over the past two and a half months. In San Francisco, daily infections neared zero in mid-March, but have since jumped as high as 100 per day to start April.

Los Angeles cases have only slightly increased in recent days but an uptick of cases in schools has officials starting to sound alarms once more.

None of these cities are facing anything near a Covid surge yet, with figures still relatively low. The reversal of trends in recent weeks could be the sign of a surge to come, but with many states having now slashed daily reporting, experts warn that local officials, and the general public, do not have the information necessary to protect themselves.

The lack of data availability becomes especially worrying as the COVID-19 ‘stealth’ variant begins to take over the country, with the Centers for Disease Control and Prevention (CDC) reporting this week that the highly infectious strain now makes up 72 percent of sequenced cases in America. 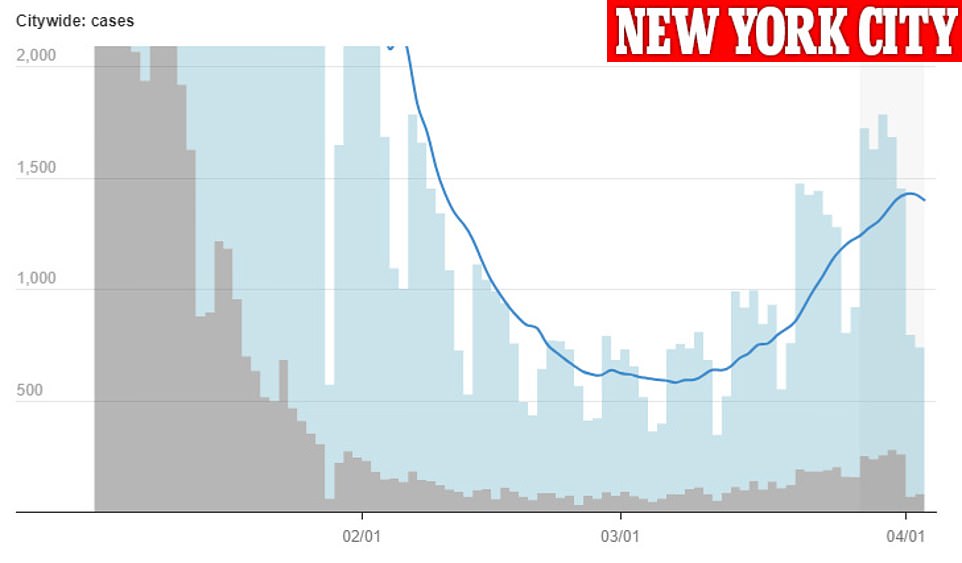 Covid cases in New York City have doubled over the past few weeks, reversing weeks long trends of declines coming off of the Omicron surge 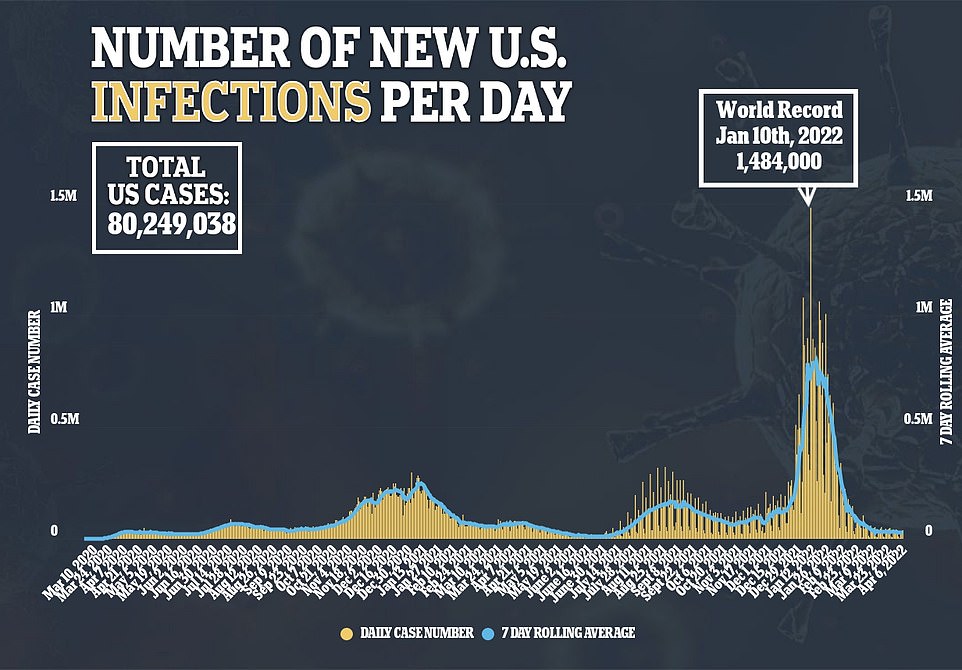 Many states around the country have cut back on daily COVID-19 case and death reporting in recent weeks as cases continue to fall across America, and much of the population prepares a ‘return to normal’ after two long years of Covid.

Some feared that the rise of the ‘stealth’ variant, which is the BA.2 lineage of Omicron and believed to be more infectious than the BA.1 strain that emerged late last year, would cause cases to surge in the US BA.2 has now over taken its predecessor without making a major dent into case figures, though.

The variant now makes up 75 percent of cases in the New York and New Jersey region, and while both states have seen slight case increases in recent weeks, it is nothing near large enough to be considered a ‘surge’.

BA.2 also makes up nearly 70 percent of cases on the West coast, including California, but has not caused major case surges on that end either.

Some are hopeful that the US has avoided a major surge from the BA.2 lineage, unlike the UK and Denmark which saw large increases in cases when the variant took hold in the nations. 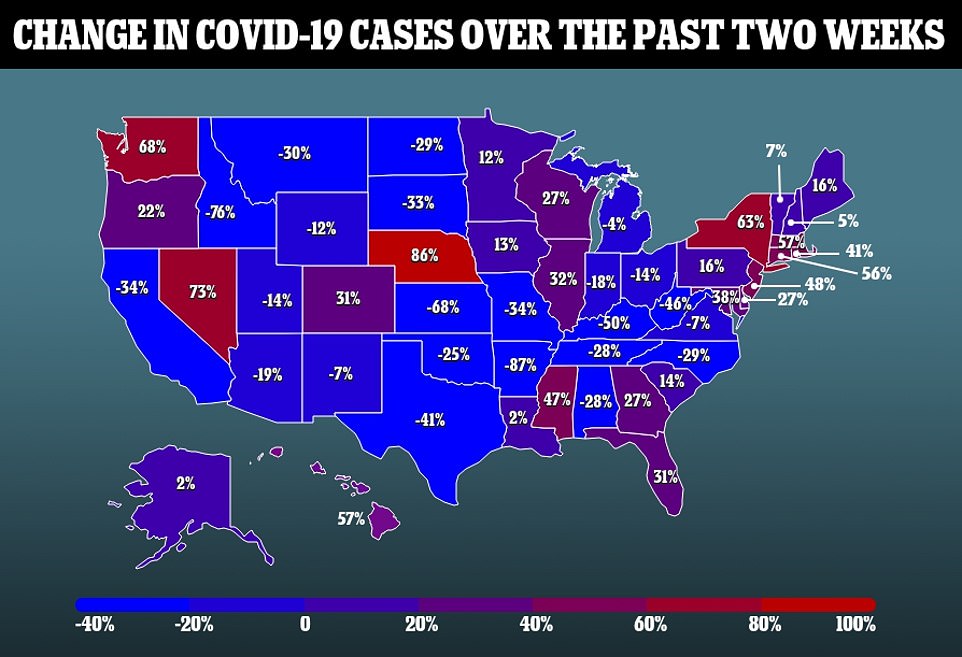 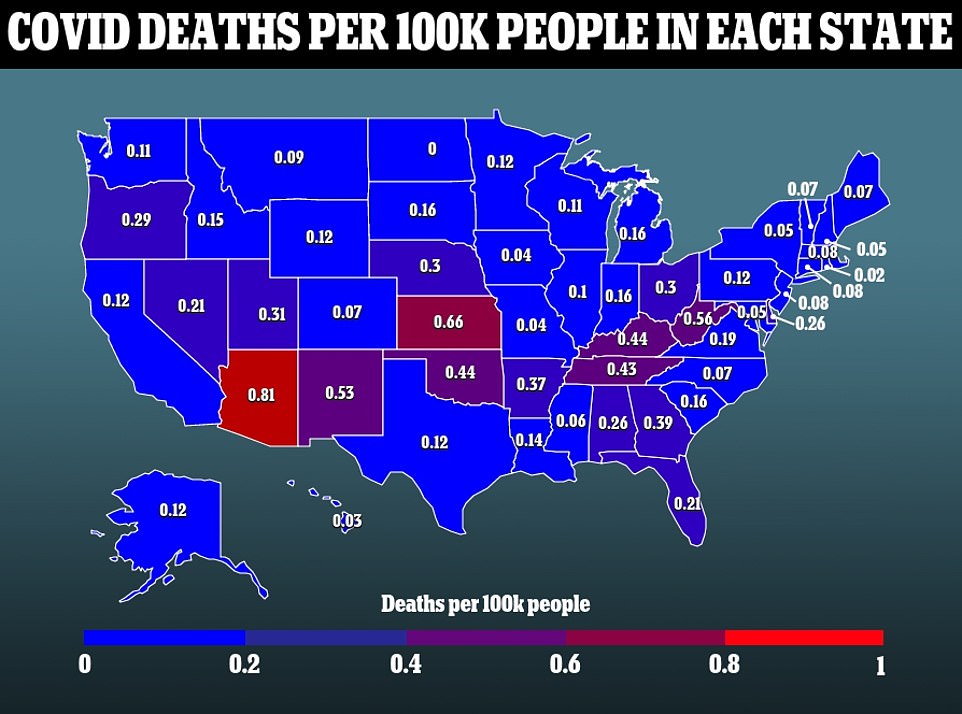 ‘I’m not so sure that what’s going to happen here in the United States as BA.2 becomes the dominant sub-lineage is all basically going to be doom and gloom,’ Dr George Rutherford, an epidemiologist at the University of California, San Francisco, told the Los Angeles Times.

Still, some are worried that a lack of available data is still putting people at risk.

‘Testing has always been a cornerstone of our pandemic response. Without this surveillance data, we are flying blind and are almost certainly going to repeat mistakes of the past,’ Dr John Brownstein, an epidemiologist at Boston Children’s Hospital, told ABC last month.

Some officials disagree, though. Gathering, vetting, and publishing daily data can be arduous and labor intensive. As Americans start to care less about the virus, it may not be an efficient use of limited resources to keep publishing this data. 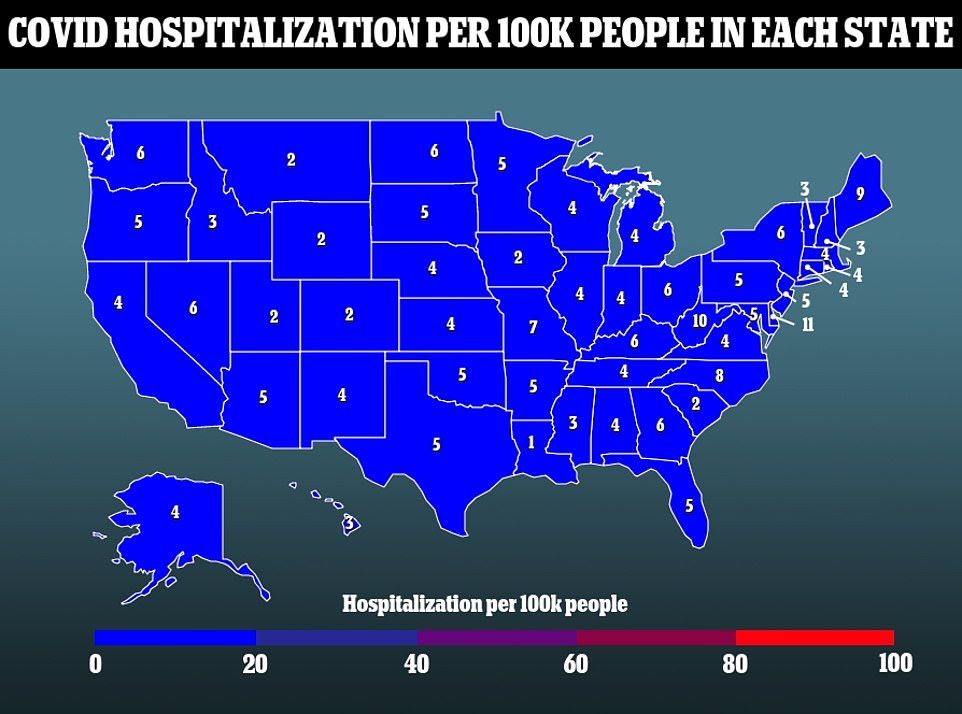 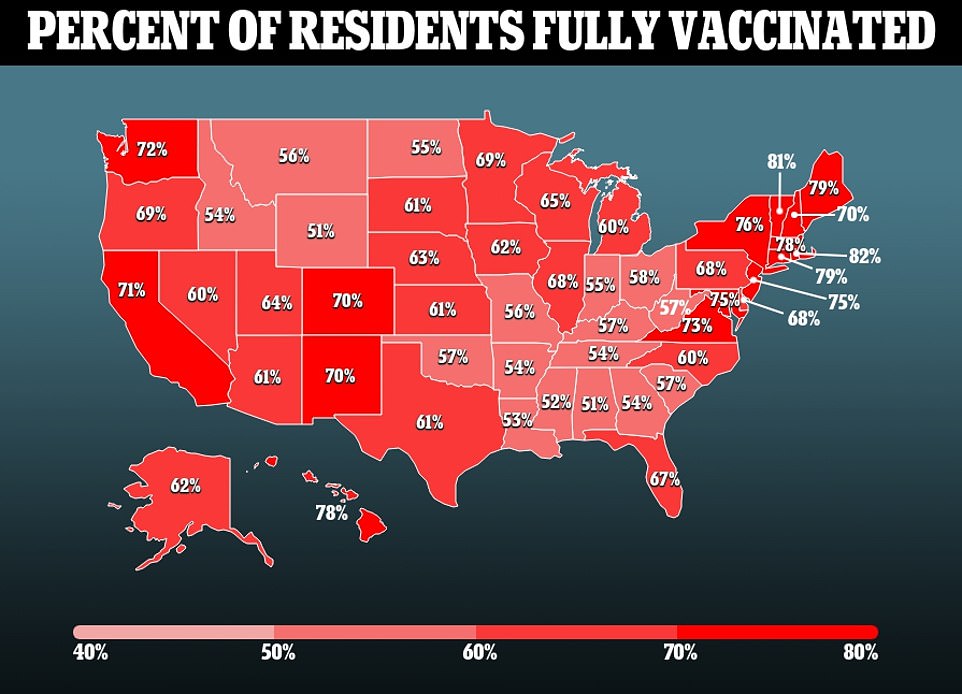 ‘The County could resort to pulling, processing, and vetting raw data from the State database to continue daily updates, but doing so would be labor-intensive, costly to the taxpayers, and seemingly of little value as the numbers are currently changing very little day-to-day,’ David Wert, an LA county spokesman, told the Los Angeles Daily News.

‘In the event of a sustained caseload surge, the State would likely pivot back to daily updates and the County could easily do so as well.’

‘We have learned over the course of this pandemic that it is more helpful to look at data trends over time and that public health recommendations should be based on consistent trends rather than day-over day changes,’ a representative from the California Department of Health told the Daily News.

Brandon Brown, a public health expert at the University of California, Riverside, agreed as well.

‘Public health departments are absolutely overworked and under-resourced,’ he told the Daily News.

Statewide, daily Covid cases are actually down 34 percent over the past two weeks in California, has slight uptick in some major population centers have not offset the overall trends across the nation’s most populous state.

In New York, cases have nearly doubled over the past two weeks, as areas outside of New York City are being slammed with the virus after avoiding the brunt of the surge over winter. 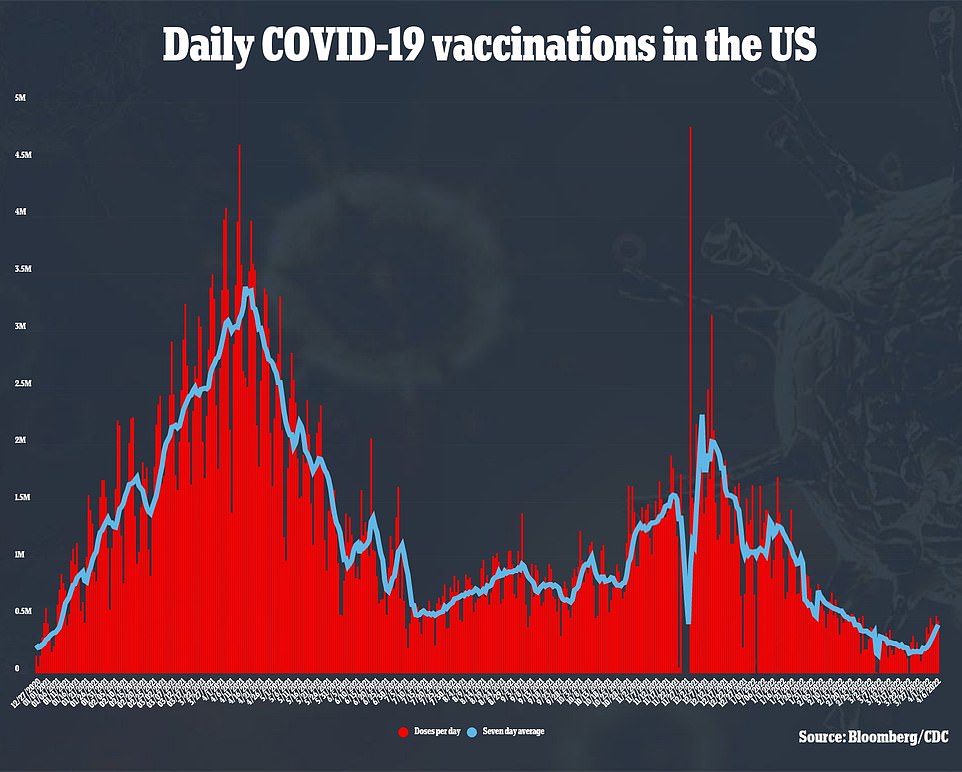 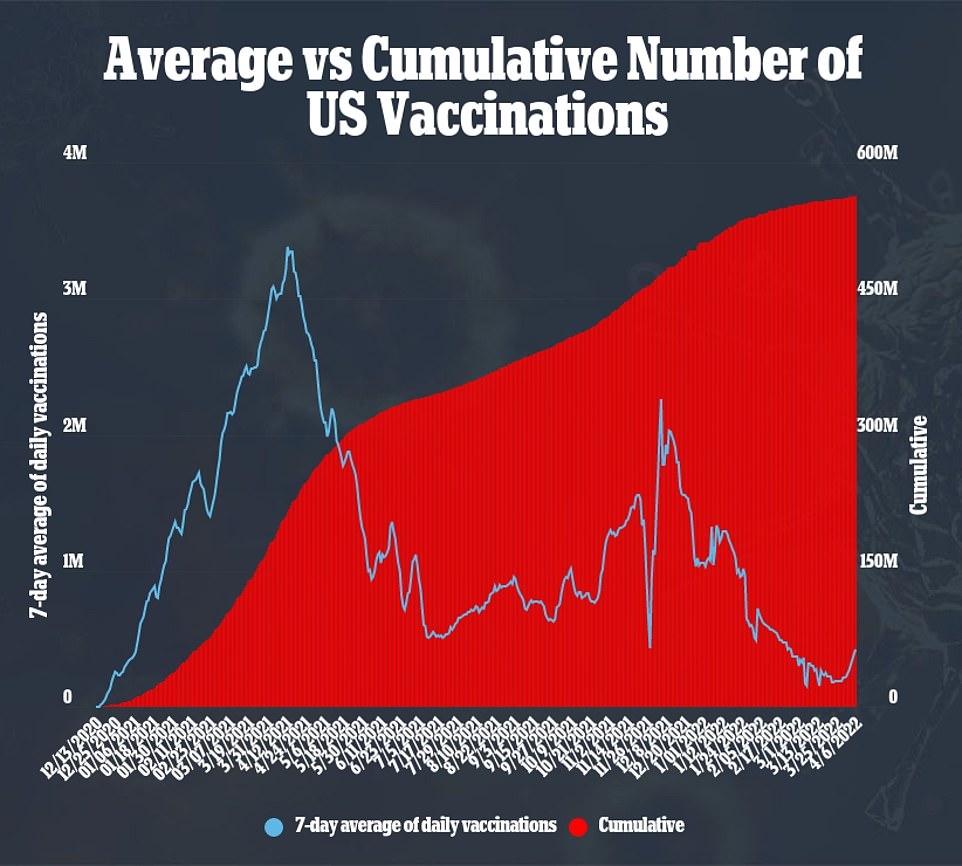