By Tracy Wright For Dailymail.com

Sarah Jessica Parker tested positive for COVID-19 just days after her husband and co-star Matthew Broderick caught the coronavirus, as both stars are now forced to pull out of the Broadway show Plaza Suite.

‘With both Matthew Broderick and Sarah Jessica Parker positive for COVID, tonight’s performance of ‘Plaza Suite’ is canceled,’ the show’s producers said in a statement to Variety.

‘The producers apologize for the inconvenience this has caused audience members. Ticket holders should contact their point of sale to reschedule for a future performance or obtain a refund.’ 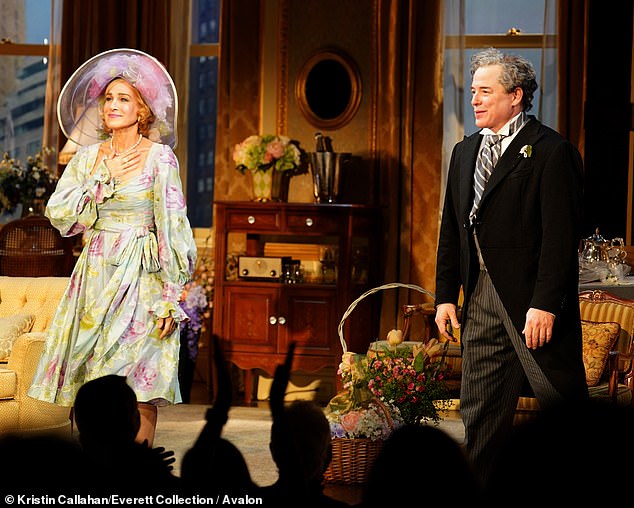 Feel better: Sarah Jessica Parker tested positive for COVID-19 just days after her husband and co-star Matthew Broderick caught the coronavirus, as both stars are now forced to pull out of the Broadway show Plaza Suite

The show had kept going despite Broderick’s absence on Tuesday with an understudy, but with neither star now available — who play three couples over three acts in a hotel suite — producers had little options.

Their play has gotten off to a rocky start after having to go on a two-year hiatus due to COVID-19. It was initially supposed to debut in 2020 after previews began in February 2020, but Governor Cuomo shut down all Broadway theaters on March 12, and only recently were they allowed to reopen again.

‘We’re overjoyed to finally be able to welcome Broadway audiences to the Hudson Theater to see Neil Simon’s celebration of New York, New Yorkers, and the wonderful ways they fall in love. We simply can’t wait,’ Broderick and Parker said in a joint statement last month at the premiere. 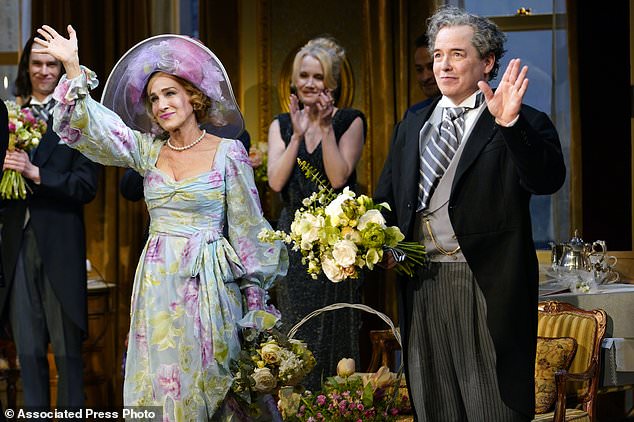 Sarah Jessica Parker and Matthew Broderick appear at the curtain call following the opening night performance of Neil Simon’s ‘Plaza Suite’ on Broadway at the Hudson Theater on Monday, March 28 in New York

The original show earned three Tony nominations, won a Best Direction of a Play for Mike Nichols’ work and played 1,097 performances before closing on Oct. 3, 1970.

Playbill described the new show: ‘Real-life couple Broderick and Parker play three different twosomes each spending an evening in the famed Plaza Hotel: one couple dealing with difficulties in their marriage on their 24th anniversary, a pair of high-school sweethearts reuniting after many years apart, and the frenzied parents of a jittery bride on her wedding day.’

The twin cases at Plaza Suite comes at a time when coronavirus cases are rising in the city and on Broadway again.

The musical A Strange Loop canceled its first preview performance after COVID-19 cases were discovered within the company and the off-Broadway musical Suffs has been derailed.

Daniel Craig was also sidelined from his revival of Macbeth.