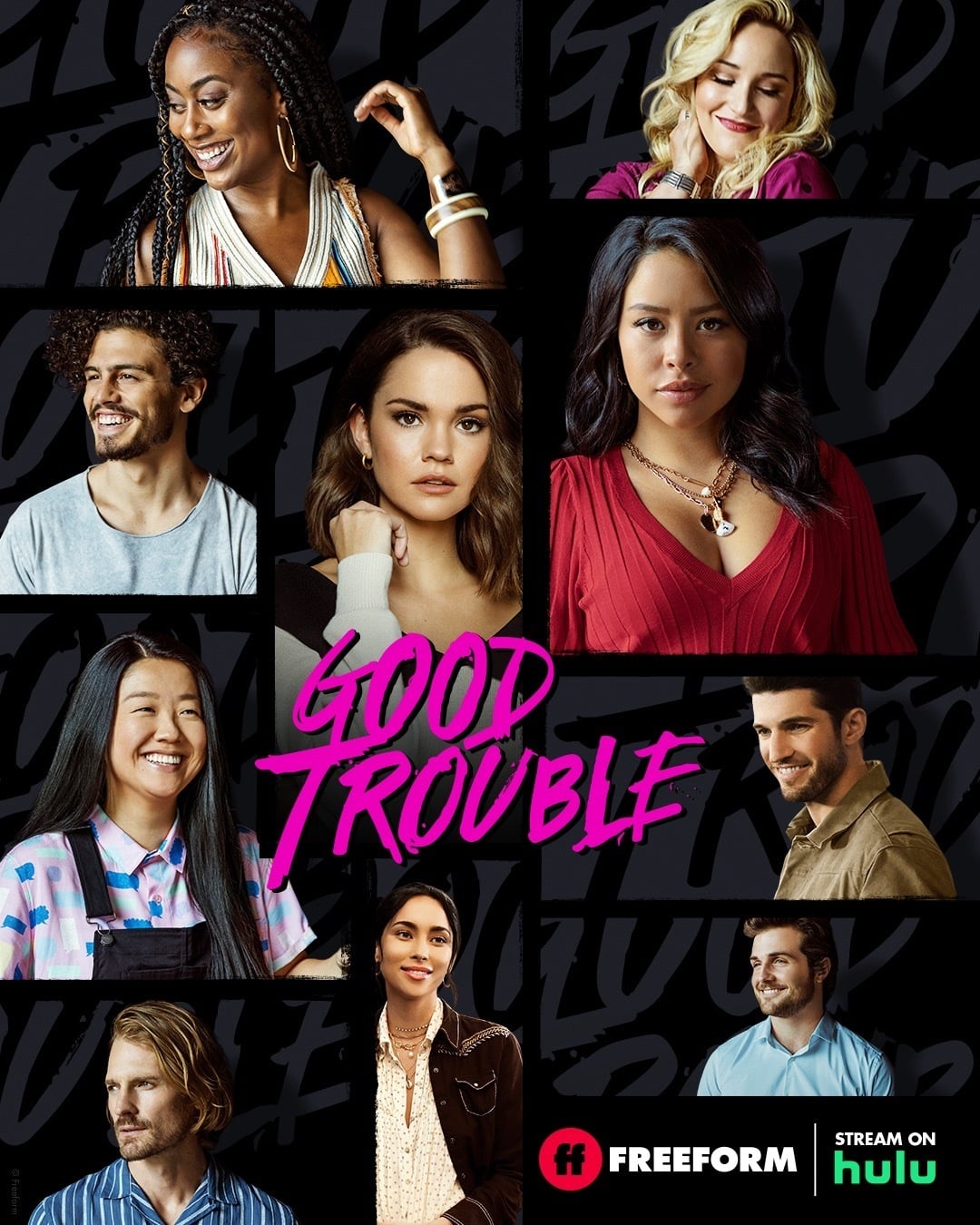 Freeform’s “Good Trouble” follows the hit show “The Fosters” and chronicles the journeys of Callie and Mariana Adams Foster, sisters who move into a communal living space called The Coterie, as they navigate adulthood in Los Angeles.

Throughout the series’s four seasons, beauty and hair have provided crucial scaffolds that have helped move its plot lines along. Mariana (played by Cierra Ramirez) has dealt with sexist treatment as a woman in tech who loves beauty, and Malika Williams (Zuri Adele) has worn natural hairstyles throughout the entirety of her journey in figuring out her place as an activist while discovering her sexuality .

The importance of these beauty choices has been particularly championed by the show’s actors. “[There is] a collab amongst the artist and the actor in regards to what’s being written and what they’re feeling that their character would look like,” Elizabeth Cho, the series’s lead hairstylist, tells POPSUGAR.

To better understand how the show’s best beauty moments came to life, Cho and lead makeup artist Angela Peralta are sharing everything from how they came up with the looks for the show to their favorite products used on set.

When figuring out the vision for season four’s makeup looks, Peralta’s goal was for the makeup to be as realistic as possible, the complete opposite of the quintessential over-the-top Los Angeles makeup scene.

“The showrunner really wanted everyone to look fresh, young, and contemporary. However, this is a communal living space that we have to consider,” Peralta says. “These characters don’t have a ton of money to be spending on high-end products all the time. So when I was doing the makeup, I definitely kept in mind that the characters need to have that fresh, youthful look, but within the confines of a kind of communal living situation and understanding what that meant. We went for a kind of effortless beauty.”

Cho agrees. “In general, our show, with hair, has always tried to do more real modern looks,” she says. “When collaborating with each actor, they weighed in heavily on each look. I’ve found that they always wanted their characters to look more real and lived-in.”

How Hair and Makeup Help Increase Diversity on TV 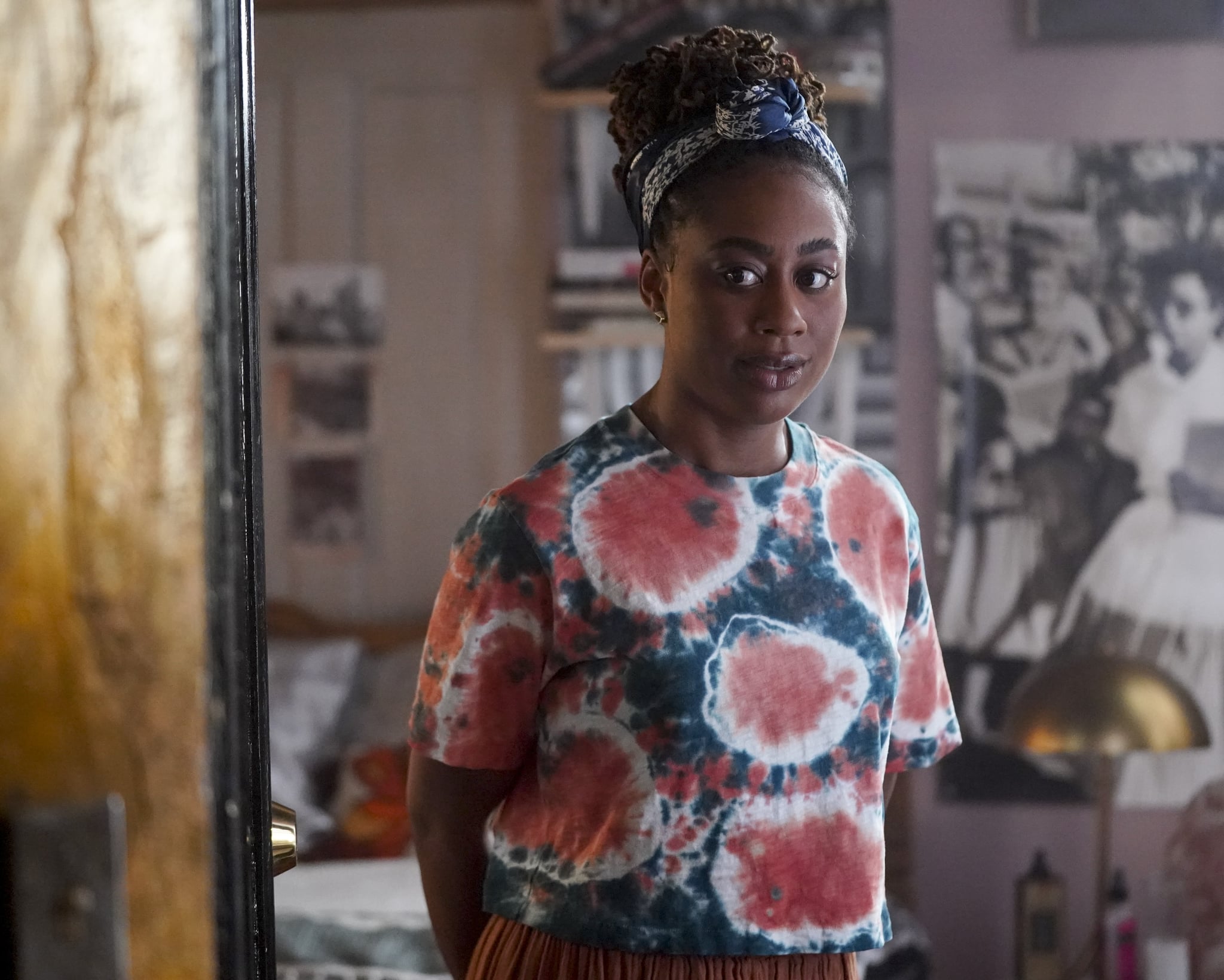 While the show’s hair and makeup are of a more subdued, effortless nature, there are a few characters in particular that Cho and Peralta took more creative liberties with. “I’m so proud of the hairstyles that my team has accomplished with Zuri Adele, who plays Malika,” says Cho. “To see the representation that her natural hairstyles, particularly her locs, have brought to television is a beautiful thing.”

Adele’s character has been seen in everything from braids to twists to locs as she has navigated professional spaces as well as her interpersonal relationships, a journey in showing the importance of representation, which Cho doesn’t take lightly. “[With Adele] I love how we showcase the versatility of locs in particular, as well as her beauty rituals when she is wearing a headscarf or bonnet to wrap them when going to bed. I feel like we’re breaking borders,” she says.

Peralta saw a chance to bring a new lens to Latinx representation particularly with Ramirez’s character. “Cierra and I talked about the kind of stigmatized versions of Latinas portrayed in the media with bold wing liners and a red lip,” Peralta says. “It’s a little cliche, in my opinion.”

The duo wanted to step away from that narrative, so to have looks that were bold but still fresh faced and pared back, Peralta still played up the eyes and lip, just with different techniques. “We like to play up her eyes,” she says. “Cierra loves sparkles and she has great lips, so we just put a softer color on them with some gloss, just to make it kind of sexy and pretty. With her eyes you’ll see more sparkles, satins, and more textures in general , rather than the matte single-color look.”

The Hair and Makeup Products the Team Used Most on Set

When it comes to hero products, Cho and Peralta had a few that made their list. “Pat McGrath has stellar eyeshadows that we love,” Peralta says. “We also use Westman Atelier blushes ($48) and bronzers ($48), and the Patrick Ta Beauty blush and bronzer duos ($34).”

For Cho, her hero hair products include mousse, oil, and face serum. “Everyone on set uses hair oils, and I also love the Unite 7Seconds Detangler ($32) across hair types,” she says.

One thing that some people might not expect is that she uses hyaluronic acid on the actors’ hair. “On set we would use face serum that helps with moisture, like hyaluronic acid, on the ends of hair that was really damaged,” she says. “A lot of times, people will have these products in their cabinets already, and they actually work on the hair and they have no idea.”

Both Cho and Peralta hope that their work on the show will continue to push boundaries and show what diverse representation in media entails. From exploring what it means to be a woman who embraces femininity in a male-dominated industry to showcasing underrepresented hairstyles and textures on a mainstream TV show, they have continued to show that, above all else, representation truly matters.