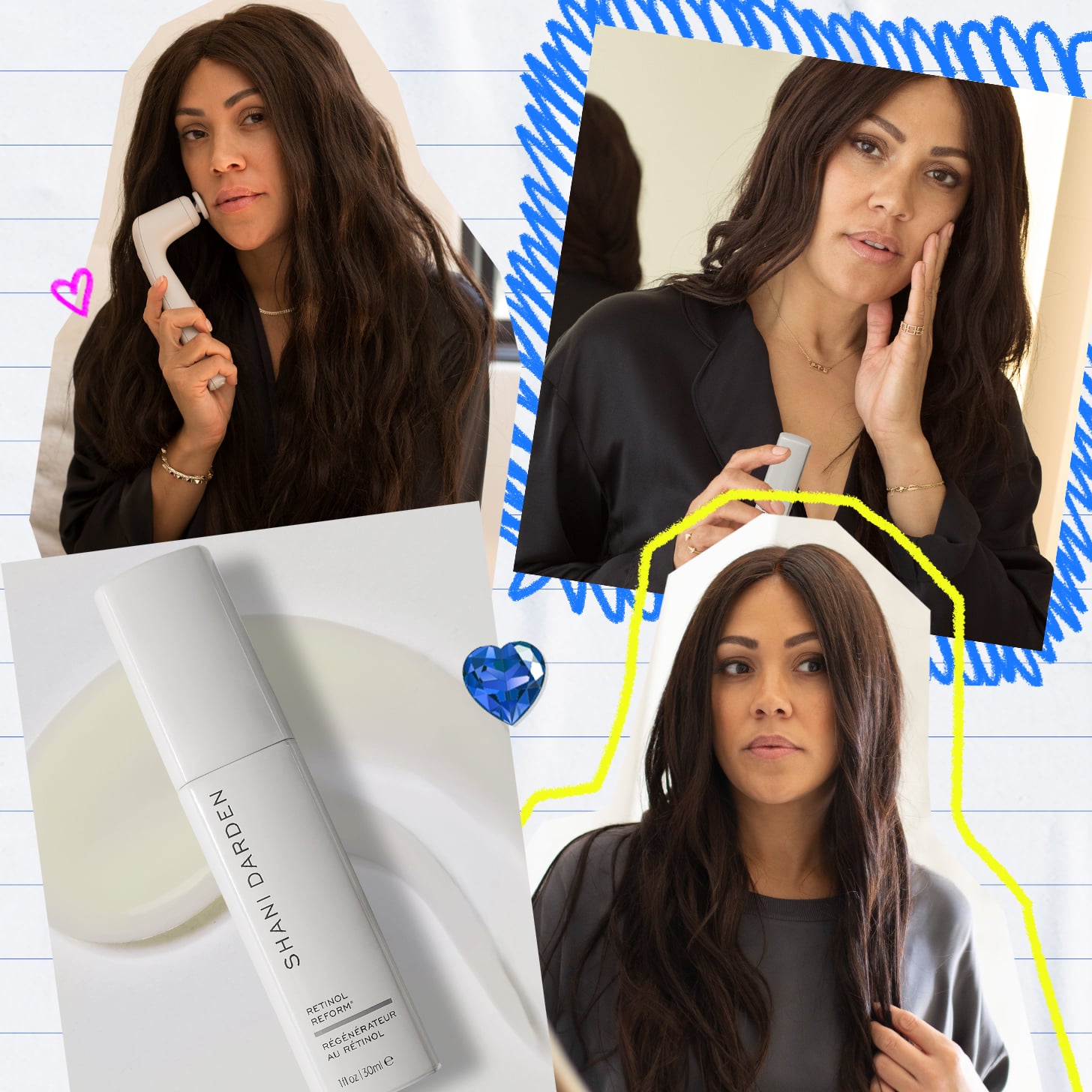 Welcome to Big Break, where some of the most influential figures in the beauty industry reflect on the moments that made them — from the good to the bad and everything in between. Here, Shani Darden, celebrity esthetician — whose clients include Jessica Alba, Chrissy Teigen, and Shay Mitchell to name a few — and founder of Shani Darden Skin Care shares her journey from beginning as a spa receptionist to building an epic celebrity client base and a successful skin-care line.

Shani Darden loved skin care from an early age. “My mom was really into the importance of taking care of your skin,” she tells POPSUGAR. Having skin that was prone to breakouts made her all the most interested in finding out more about the world of beauty. But even though her love ran deep, she didn’t know she wanted to be an aesthetician at first. “We didn’t even have an esthetician where I grew up, so it wasn’t something I knew I wanted to do,” she says. It wasn’t until after Darden moved to Los Angeles that a friend suggested she work in a spa. “I had worked as a receptionist at a couple of spas and really liked it,” she says. “So first I went to school to become a massage therapist and then an aesthetician after that.”

Almost immediately after enrolling in school, Darden knew being an esthetician was exactly what she wanted to do. “I was really fortunate enough that I got really great jobs right out of school,” Darden says. “I worked at a really high-end spa, and I worked as a receptionist there in hopes that they would hire me after to be an aesthetician, which they did not do,” she says. Instead, they helped her get a job at a dermatology office. There, Darden worked alongside renowned LA-based dermatologist Erma Benitez, MD, where she learned all about different skin types and conditions. “I bounced around different places — I literally worked everywhere, every hotel, plastic surgeon office, you name it — until I went out on my own.”

“I see some of the biggest celebrities, and I’m still always like, ‘How did I get here?’

Although she loved what she did, there was one aspect she wasn’t keen on. “Oftentimes, being an esthetician at a spa is not somewhere you’re going to make a lot of money unless you’re pushing product,” she says. And that’s exactly what Darden didn’t want to do. “[It] was really hard for me because I didn’t necessarily believe in all of them, and also not everyone can afford to leave a place spending that much money each time.” Darden was even fired from one of the places she worked because her sales were so awful. “Not all product lines were even right for everyone’s skin types, so I knew that working for a spa was definitely not for me in that sense.” So, while Darden says opening up her own clinic wasn’t necessarily a ” goal,” it eventually happened naturally from following her ethos of trying to give her patients the very best care. 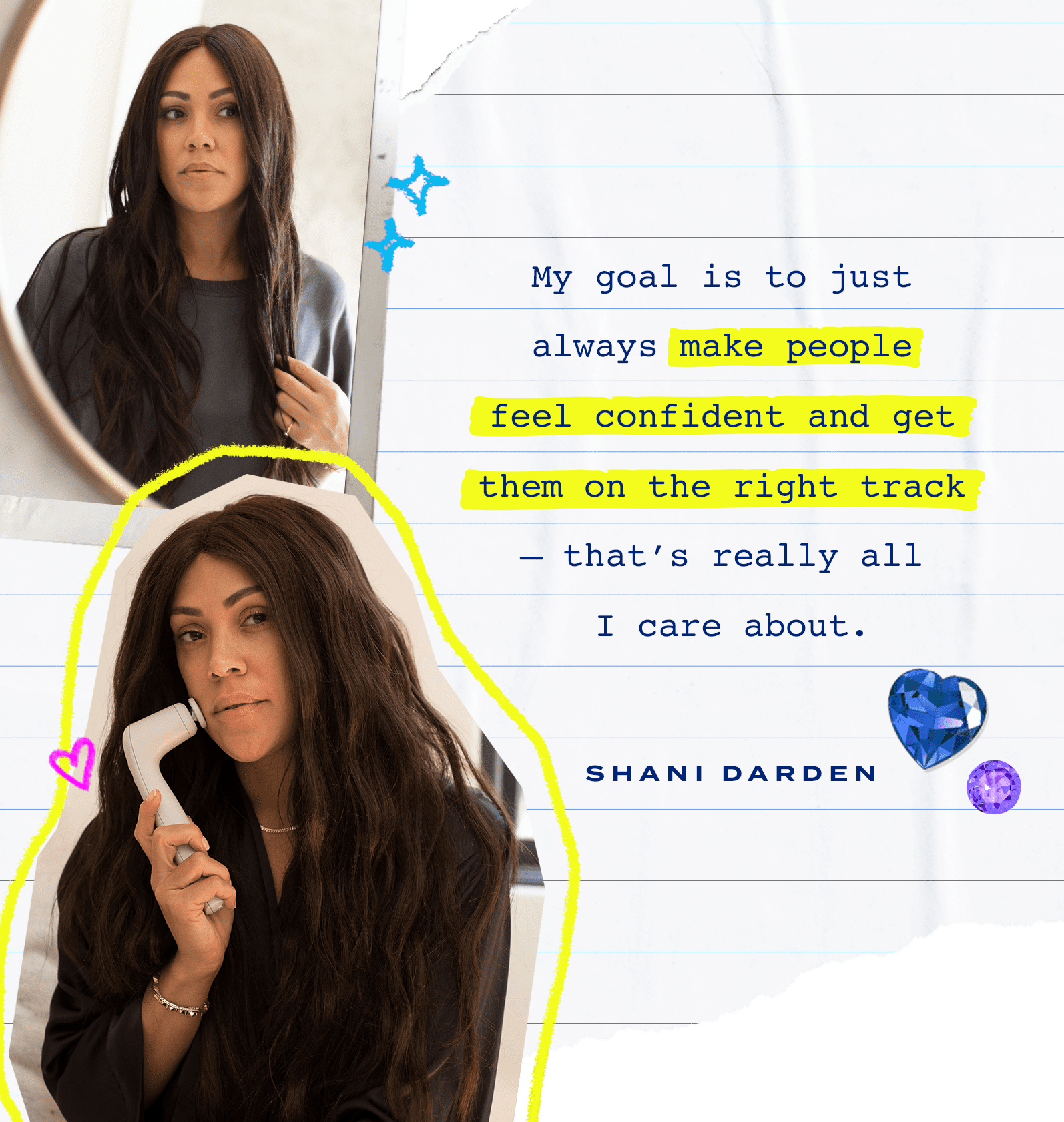 Darden’s success continued to grow, and the catalyst was thanks to her now-friend Jessica Alba. At the time, Darden was working at a clinic with mostly celebrity clients. “They would always see the owner, but I ended up seeing Jessica this time, and we just hit it off and then later became friends,” Darden says. “It definitely changed everything for me.

Alba was Darden’s first celebrity client that talked about seeing her publicly. “She mentioned me in Allure magazine, and that’s kind of how it started,” she says. “That’s when a lot of makeup artists started coming to me, and then they were referring their clients.” From there, clients ended up going directly to see Darden in her home office and it wasn’t long before Darden had an epic list of celebrity clients.

She recalls the time when she rented a house and worked out of the back office but she didn’t have a bathroom in the clinic space. “I had this small house, and there were really big celebrities walking through my house to use the bathroom while my kids were hiding in the bedroom,” she says.

“Big celebrities were walking through my house to use the bathroom while my kids were hiding in the bedroom,” she says.

Following her success in the clinic, it was a natural progression for Darden to come out with her own product line, which all started with one product: retinol. “Because I worked for a dermatologist, I worked a lot with patients that were on a retinol, Retin-A, or Tazorac,” she says. “I was so in love with the ingredient but knew there is downtime with using a prescription retinol.” She was inspired to make a product that everyone could use and just “went from there.”

Since then, Shani Darden Skin Care has expanded to include a cleanser, oil-free moisturizer, sculpting wand, and lactic acid serum, with much more to come.

As far as pinch-me moments go, Darden has, unsurprisingly, had a few. “I see some of the biggest celebrities, and I’m still always like, ‘How did I get here?'” she says. With her work, Darden is always working toward one thing. “My goal is to just always make people feel confident, and get them on the right track — that’s all I really care about.”