A Viking legend retold with such raw immediacy that its fjords of blood seem freshly spilled for the first time in 1,000 years.

Even if “The Northman” had been a dreadful bore — and not a primal, sinewy, gnarly-as-fuck 10th century action epic that starts with a hallucinogenic Viking bar mitzvah, features Björk’s first narrative film performance since “Dancer in the Dark, ”and ends with two mostly naked men fighting to the death atop an erupting volcano — the simple fact that financiers had the chutzpah to bankroll such a big swing in the face of our blockbuster-or-bust theatrical climate would have felt like a (pyrrhic ) victory against the forces of corporate homogenization, no matter who was behind the camera.

That “The Northman” was entrusted to a fetishistically uncompromising young author whose previous movie was a single-location sea shanty best-remembered for mermaid vaginas and Willem Dafoe asking, “Why’d you spill your beans!?” makes it even riskier to slot into multiplexes between “Sonic 2” and “MCU 28.” That the finished product viscerally feels like the work of the same artist — despite well-documented attempts to water it down — makes it something of a miracle.

And yet, in an environment so neutered by empty spectacle that critics have been conditioned to do Cirque du Soleil-level backflips for anything even slightly less than obvious — an environment in which mild surprises are treated like government secrets, and the shock of the new is such a rare event that we tend to relay it with the breathlessness of a UFO sighting — it’s important to note that “The Northman” isn’t satisfying just because it’s fun to see Eggers’ fingerprints smudged into every frame of such a big movie . It’s also (and more rewardingly) satisfying because the director’s signature handicraft allows “The Northman” to dismantle its modern context and retell a Viking legend with such raw immediacy that its fjords of blood seem freshly spilled for the first time in 1,000 years.

“The Northman” may fall short of being Eggers’ best film (its terse savagery doesn’t leave room for the emotional layering that allowed “The Witch” to burn so dark), but it’s undoubtedly the peak of his continuing effort to return some integrity to the past; to level the playing field between now and then by shooting period folklore with such historic fidelity that we experience it in the present tense. Just as “The Witch” is so unsettling because it renders sin with a Puritan sense of mortal danger, and “The Lighthouse” so feverish because it embodies the isolation of 19th century life on the fringes of sanity, “The Northman” is so grab -you-by-the-throat intense because it renders a Viking prince’s quest for revenge as though fate were a force as real as the weather.

And that’s exactly how it might have seemed to a Norse warrior in the North Atlantic circa 915 AD His priorities displace our own; his moral urgency overpowers whatever “civilized” moral code we try to force onto this ancient story. If “Hamlet” is often reductively (and destructively) summed up as a tragedy about someone who can’t make up their mind, “The Northman” — which is based on the violent legend that inspired Shakespeare’s play — is about someone who never really had a choice.

All things are equal for Prince Amleth (initially seen as a 10-year-old boy played by Oscar Novak), who was born into a world where Valhalla is a place as real as the stony castle where he waits for his father, King Aurvandill War-Raven (a regal yet shifty Ethan Hawke), to return from war. And when he does, Aurvandill decides that it’s time for his son to become a man — a process that involves drinking spiked mead, howling at the moon while Heimir the Fool (Willem Dafoe) dances around them in a frenzy, and then looking upon the ghosts of dead kings that are hanging from Amleth’s family tree. “The Northman” doesn’t slow down to explain why Aurvandill is already among them, since Eggers refuses to make exposition out of anything that his characters might already know, but we get our answer soon enough.

The very next morning, in fact, as Amleth’s hot uncle Fjölnir the Brotherless (Claes Bang) makes good on his name by slaughtering Aurvandill and kidnapping the newly widowed Queen Gudrún (Nicole Kidman, finding all sorts of wonderfully florid notes in her role as a cunning damsel in distress). Fjölnir’s henchman assures him that Amleth — the rightful heir to the throne — has been drowned at sea, but that’s not entirely accurate. The truth is that Amleth has escaped, and, in the span of a single cut that spans 20 years, will grow up to be a homicidal berserker the size of a small house, “a beast cloaked in manflesh,” who pillages Slavic villages with his pals in order to feed his insatiable appetite for death while he scours the earth for his uncle. 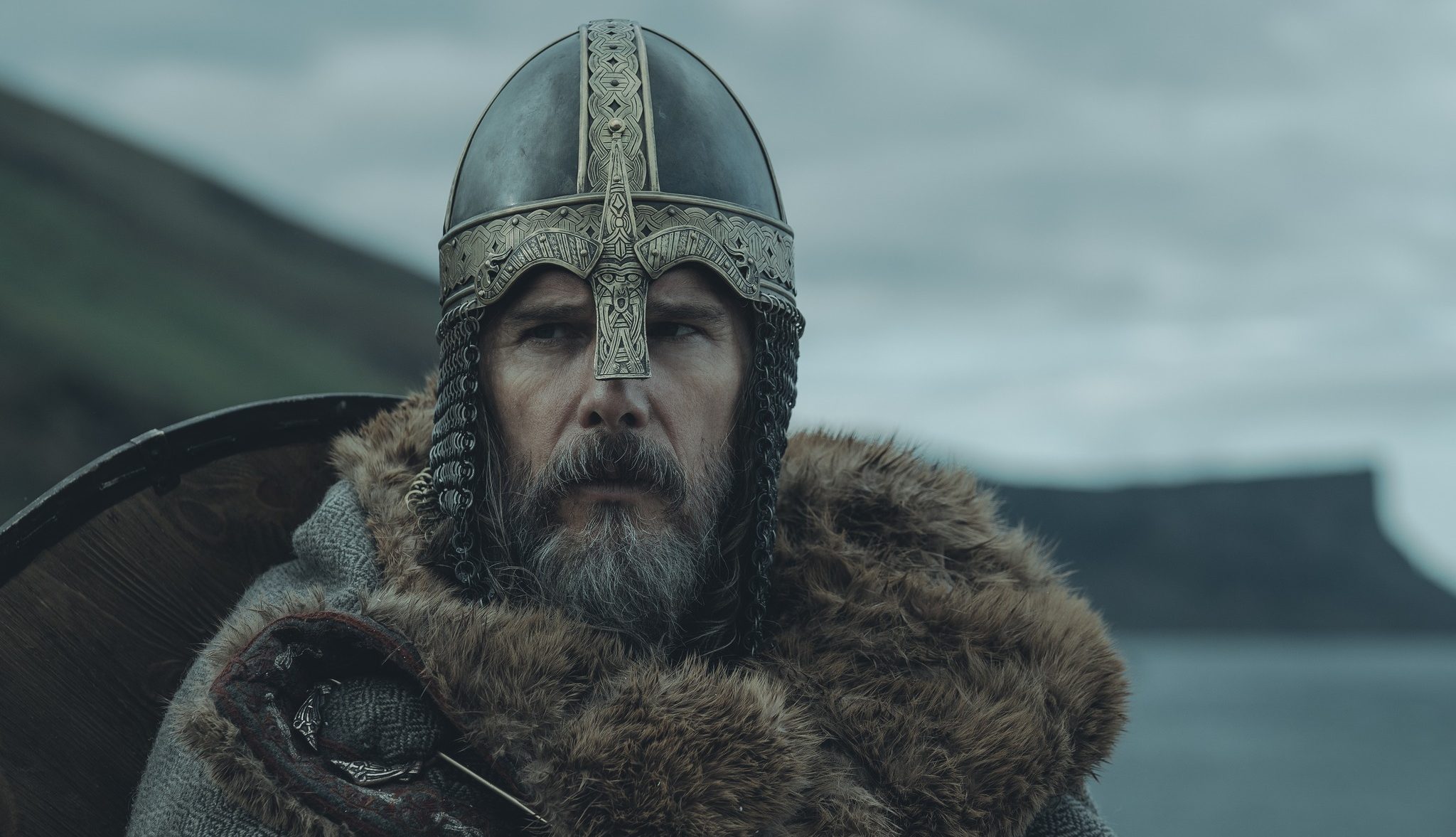 Played by a hulking Alexander Skarsgård, whose human bulldozer of a performance channels the actor’s usual threat in a compellingly ambivalent new direction, adult Amleth is basically what would happen if Tarzan micro-dosed the T-virus from “Resident Evil” every day for two straight decades. A swollen husk of a man who’s literally hunched from the hatred he’s been carrying since he was a child (or maybe that’s just what happens to someone’s posture when their neck muscle looks like a boa constrictor trying to digest a whole poodle), the guy doesn’t ‘t even flinch when his buddies arrow down some local peasants for sport. At one point, he catches a javelin from mid-air with his bare hand and hurls it back at the sentry who threw it in one fluid motion; it’s the start of a raid that Eggers choreographs in a brutal yet harrowingly even-keeled long-take, one of several transportive sequence shots that lend physical weight to the inertia of Amleth’s destiny.

And this is a character who moves forward on nothing but the wayward momentum of his own vengeance, which seems to have steered him off-course along the way. What he wants is clear — drink every time Amleth mutters “I will avenge you, father. I will save you, mother. I will kill you, Fjölnir” and you’ll be dead long before he can do any of those things — but the man is little more than a mantra. He doesn’t have any quips or heroic tendencies. He never smiles. The only truly relatable thing about Amleth is that he gets valuable life advice from Björk, who brings raspy perfection to her brief cameo as a magical seeress who shows up to remind the former prince of his path.

His only soft spot is for a slave named Olga of the Birch Forest (Anya Taylor-Joy, going for a Gaga-like Transylvanian accent that benefits from being in a film of such extreme verisimilitude that even the most ridiculous choices feel right), who Amleth meets after learning that Fjölnir has absconded to Iceland, and deciding to disguise himself as one of his uncle’s newest purchases. And yet even the warmth that she inspires from him feels like a gnawing distraction from the task at hand. Kindness for his kin and hatred for his enemies might not be as mutually exclusive as those paths are first presented to Amleth, but little of the film’s tightly contained second half is spent hemming and hawing over what he will do next. On the contrary, “The Northman” only draws closer to the essence of Amleth’s fate as he ingratiates himself to Fjölnir by day and terrorizes his settlement by night, a cycle that’s segmented with chapter titles (eg “The Night Blade Feeds”) that reflect the morbid humor of a film that’s often funny but never in a winking sort of way. 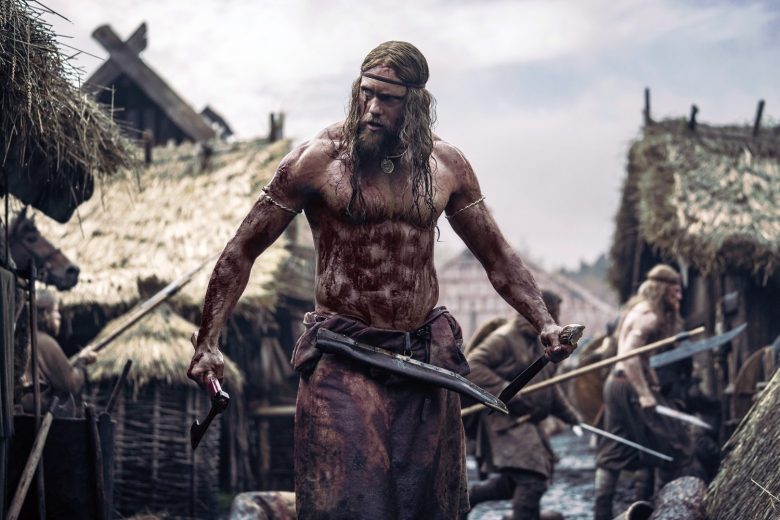 There are plenty of reasons to laugh during this movie, or at least shake your head in smiling disbelief at the extent of its brutality (brace for a new riff on a human centipede), but the “jokes” don’t foster a sense of ironic detachment so much as they chip away at it. For all of the talk about Eggers’ obsessive attention to historical detail, the right chain mail or piece of embroidery is ultimately in service to the form and perspective of a film that puts you in the mindset of someone who lived by some very different principles.

Co-written by Eggers and the Icelandic poet Sjón, “The Northman” doesn’t appeal to modern notions of manliness or morality so much as it makes literal bloodsport of their limitations. Even when the foundations of Amleth’s quest are shaken at their deepest level, and it would seem to require a greater degree of strength to abandon his mission than to see it through, Eggers refuses to judge his protagonist. Amleth may be a dumb brute, but this movie finds an unalloyed kernel of beauty in the story of a warrior fulfilling their purpose. His story may have inspired one of Shakespeare’s most wounded tragedies, but “The Northman” can’t help but see a measure of ecstasy in a life of unyielding purpose.

As the seeress tells Amleth: “It is not enough to be the man who never cries.”

If anything, Amleth takes those words too close to heart, just as Eggers is so focused on the emotional fidelity of his Viking epic that he seems afraid of making any concessions to melodrama. He seems afraid of leaving any openings that a studio might have been able to exploit in order to manufacture a certain audience response. The one truly discomforting moment of vulnerability (you’ll know it when you see it) is an outlier in a film that’s often as clenched and withholding as its hero. “The Northman” doesn’t quite figure out a way to reconcile the merciless linearity of its story with the kind of flourishes that might allow it to register on a deeper level, as its confined setting and relatively limited scale (even on that $90 million budget) enforce a smallness that’s at odds with the sheer weight of its vision.

But “The Northman” is never dull. The sheer muscularity of Eggers’ direction denies it that chance, as even the simplest scenes of Amleth glowering at his enemies or trudging through Fjölnir’s primordial farmland (Northern Ireland absolutely nailing its performance as Iceland) are bracingly rendered as steps on the road to Valhalla. Robin Carolan and Sebastian Gainsborough’s pounding score pumps the story full of blood like the heart of a whale, while Jarin Blaschke’s frostbitten cinematography allows the film to flatten mud-and-shit history into the stuff of “Elden Ring” high fantasy until they feel equally true, both for Amlet and for us. Also, someone gets decapitated like every 10 minutes.

It’s not like this movie is a punishing chore; it’s not like Eggers doesn’t want multiplex audiences to like it. And they will. Because this is the kind of filmmaking that rips you out of your body so hard that you’re liable to forget what year it is. In a movie era that’s been defined by compromise, “The Northman” rides into theaters with the fury of a valkyrie — it’s the rare studio epic that would sooner die than submit to modern precepts of how it should be told. While so many people in the industry are scrambling to change their fates, Eggers reminds us just how awesome it can feel to conquer them.

Focus Features will release “The Northman” in theaters on Friday, April 22.

Sign Up: Stay on top of the latest breaking movie and TV news! Sign up for our Email Newsletters here.