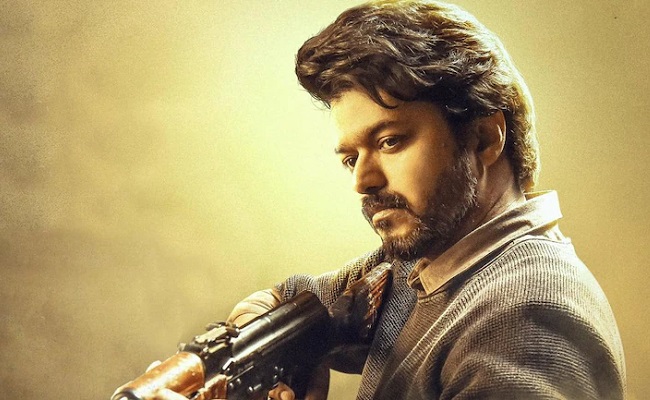 Vijay’s “Beast” has generated a lot of hype even in the Telugu market for various reasons. Vijay has lately gained popularity in Telugu, and two songs from this film have gone viral, and the film features Pooja Hegde as the heroine. “Beast” hit the theaters today amidst high expectations.

Let’s find out how it fares.

Story:
Veera Raghava (Vijay), a RAW agent, suffers from trauma after facing betrayal from his own team. Months later, he meets Preethi (Pooja Hegde) in Chennai.

Surprisingly, she takes the initiative to propose on the spot and quickly helps him to get a job in a security force agency.

Veera Raghava, Preethi, and the boss of the security agency go to East Coast mall to get a contract for the security of the mall, they learn that it has been hijacked by terrorists.

The demand by the terrorists is that the government should release a dreaded terrorist from prison. How Veera Raghava foils their efforts forms the rest of the story.

Artists’ Performances:
Vijay as a RAW agent looks leaner, meaner, and stylish. He is terrific in the first half, underplaying his character mostly and being part of the story. But he has also shown his dancing skills in the ‘Habibu’ song.

Pooja Hegde gets a raw deal. Except for 15 minutes in the initial portions, she doesn’t have much to do.

Technical Excellence:
Manoj Paramahamsa’s frames give the film a rich look. The film’s story mostly happens in a mall, and the set work looks perfect.

Anirudh Ravichander’s two songs (the film has only one song in the narrative, one at the end rolls) are catchy. His background score is effective.

Analysis
The plotline of “Beast” is straightforward: A raw agent preventing terrorists succeed in their hijack plan. Generally, our Indian directors package any action thriller with a regular mass element: four or five songs, a romantic track, and a comedy track when a superstar is in the lead role. But recent releases have proven that our directors, too, are slowly coming out of this template.

Director Nelson does the same in “Beast”. Despite having Vijay as the hero, he has focused on the main plot with little or no deviation from it and has avoided other elements. That is the notable positive part of the film.

The film has only two songs and the super hit “Habibu” song appears in the first 15 or 20 minutes of the film and the customary romantic sequences involving hero and heroine also end there. From there, the focus stays on the hijack, the hero’s attempts to rescue the hostages, and his clever plans.

Nearly 80% of the story happens inside the mall. In the super hit Netflix web series, “Money Heist”, the similar drama looked riveting due to the interesting characters and the characterizations.

Despite having the same background, “Beast” doesn’t engage us for three important reasons: 1) the hero has been established as a powerful ‘beast’ who can get his mission right at any cost, 2) the villain looks too weak for a powerful Vijay, and 3) the convenient situations in the second half.

The comedy dialogues by VTV Ganesh work in the beginning, but after a time, it becomes repetitive. Other jokes don’t gel rightly with a story like this. The motives of the terrorists and the government’s efforts are too predictable, which we have seen in many films. So, the pretty plain narrative doesn’t hold our attention as it goes forward.

The first half of the film is watchable for its setting, the “Habibu” song, and the initial quirky presentation. But there is no marked difference either in the later part. The creepy screenplay written by Nelson is the main problem. The final portions look ridiculous, to say the least.

The director’s attempts to make it ‘cool’ have turned the film completely thunda!

On the whole, Vijay rescues the hostages, but he fails to save the film as the writing and execution in the latter part of the movie are lame.