The worrisome decline in box office business due to the pandemic is a thing of the past thanks to films like RRR, Sooryavanshi, Pushpa and The Kashmir Files. Cinephiles are once again thronging cinema halls to watch new stories unfold on the 70mm screen. And, now with the release of Yash’s KGF Chapter 2 and Vijay’s Beast, expect a ‘tsunami’ at the ticket counters. Film trade experts are confident that the films will set new box office records.

Taran also mentioned that besides the advance booking, the spot booking for KGF 2 will be “extremely high”. He said the Prashanth Neel directorial will mint moolah starting Thursday and will only grow further over the weekend.

While KGF 2 is showing an upward trend in terms of advance booking, Vijay’s Beast is not far behind. Film industry tracker Ajay Srinivasan said the pre-booking for the thriller in Tamil Nadu is “phenomenal”. He shared that while the film’s shows are already houseful until Sunday, people have already started to book tickets for Monday. 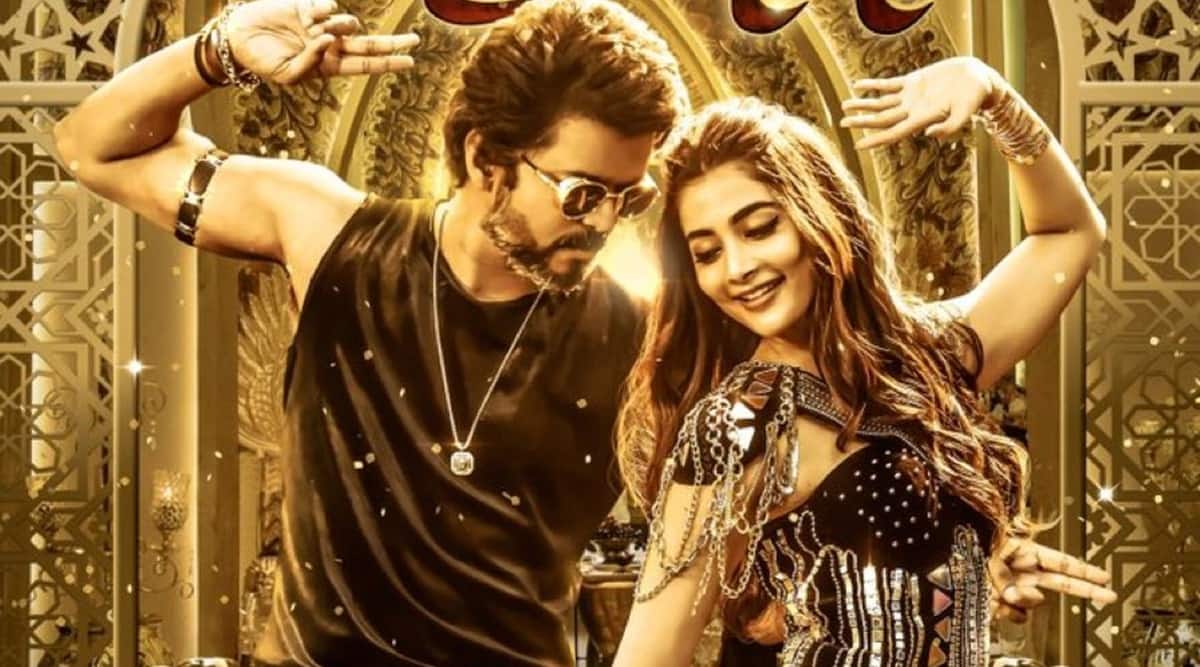 Vijay and Pooja Hegde in Beast.

Beast is likely to attract cinemagoers across India. Film exhibitor Akshaye Rathi said, “Up in the North, it can start a new trend and push the envelope in terms of earning the loyalty of a whole new audience. Also, good PR has been done with Varun Dhawan releasing the Hindi trailer, and Shah Rukh Khan praising and congratulating the film’s director Nelson Dilipkumar and actor Vijay. The trailer and the soundtrack have been outstanding. It’s only a matter of time until the movie is viewed widely.”

Given the popularity of Vijay in Tamil Nadu and Yash’s craze in Karnataka, Beast and KGF 2 will face a ‘huge clash’ in their respective states. But, in the Hindi belt, KGF 2 will find more takers, said Taran Adarsh.

KGF: Chapter 1 was a sleeper hit that gained cult status over time. But now the craze is such that film trade experts are looking at the possibility of it giving tough competition to SS Rajamouli’s superhit Baahubali franchise. “We cannot yet say that it can beat Baahubali, but the craze is unprecedented,” said Girish Johar.

Johar also added that though Beast is a popular title down south, KGF has an upper hand because of its pan India appeal. “Beast is trending superbly in the south but it will be tad bit behind KGF 2,” he asserted. KGF 2 is expected to hit 3000-3500 screens in the Hindi belt itself. While Johar has predicted that the film will earn Rs 35 crore on opening day, Rathi believes it will earn Rs 30 crore in the Hindi belt alone.

Taran Adarsh ​​is almost certain that the “sky is the limit” for KGF 2 and “it should be competing with the highest.” He said, “I won’t be surprised if it will demolish a few records.”

While Beast hits cinema halls on April 13, KGF: Chapter 2 will release in theaters on April 14 in Telugu, Kannada, Tamil, Malayalam and Hindi.