Sharon Stone was previously in talks for the role. 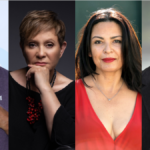 In DC Comics, Blue Beetle is the superhero alter ego used by three different heroes, but the film will focus on Mexican-American teenager Jaime Reyes, the third character to assume the Blue Beetle mantle.

Created by Keith Giffen, John Rogers, and Cully Hamner in 2006, Jaime Reyes was introduced during the “Infinite Crisis” crossover event ahead of the launch of a new “Blue Beetle” in May 2006. Reyes is a working-class El Paso teenager devoted to his family and with no connections to superheroes prior to receiving his powers.

Jaime Reyes discovered the Blue Beetle scarab on the way home from school with two of his best friends Paco and Brenda, half-buried in a disused lot. Reyes took the scarab home, curious as to what it might be. That night, the scarab came alive grafted itself to the base of Jaime’s spine and provided him with a suit of extraterrestrial armor that can be modified to enhance his speed and strength, as well as to create weapons, wings and shields.

Among Academy-Award winner Sarandon’s many critically acclaimed roles are her parts in “Bull Durham,“ “Thelma and Louise,” “Lorenzo’s Oil,” “The Client,” Atlantic City,” “Dead Man Walking,” “Sister Helen” and “The Rocky Horror Picture Show.” On the TV side, Sarandon most recently starred on Ryan Murphy’s “Feud” as Bette Davis opposite Jessica Lange as Joan Crawford.

Sarandon is repped by UTA.